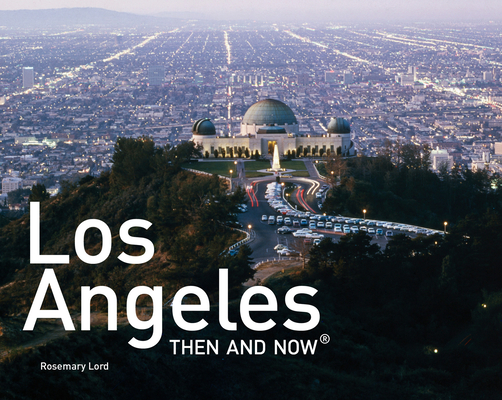 A perfect, souvenir-size Then and Now featuring all the best-known tourist locations from Los Angeles, with a number of vintage color photos.

Using archive photos paired with their modern equivalent, Los Angeles Then and Now charts the development of the city from the days of orange groves and melon patches and isolated Spanish mission buildings to the staggering metropolis it is today. With a background in the movie business, Rosemary Lord interlaces the arrival of the Hollywood era and the growth of the city she has lived in for twenty-five years.

Since its original publication in 2002, Los Angeles Then and Now has been rephotographed, revised with new content, and completely redesigned. This new compact gift edition includes exclusive matchups.

Rosemary Lord has spent more than twenty years working in Los Angeles, acting in theater, films, and television, as well as working as a senior publicist for Columbia Pictures. She has written for a variety of high-profile magazines in the U.S. and Europe, fitting in the odd film and television script, as well as a travel book and two novels. She is also the author of Hollywood Then and Now.