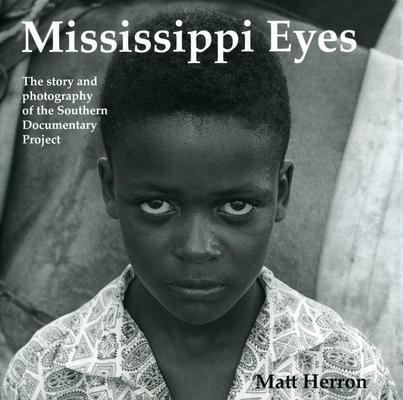 Mississippi Eyes is the chronicle of the events and the powerful witness of five young photographers in The Southern Documentary Project, working during the pivotal summer of 1964 in the segregated South. Together they captured the sometimes violent, sometimes miraculous process of social change as segregation resisted then gave way to a new beginning toward social justice. With 160 black-and-white photographs, this chronicle begins in the winter mud of the Mississippi Delta and ends in Atlantic City's convention hall as the Mississippi Freedom Democratic Party delegation challenged the official Mississippi delegates to the National Democratic Convention. The Southern Documentary Project was the brainchild of Matt Herron, a budding photojournalist who had moved with his family to Mississippi in 1963 to work in civil rights and shoot picture stories for Life, Look, and the Saturday Evening Post. Drawing on advice from his friend, the noted documentary photographer Dorothea Lange, he pulled together a shoestring budget, recruited photographers with civil rights experience, and completed the summer with a file of unforgettable photographs. Along the way, Southern Documentary photographers suffered beatings and nearly died at the hands of a sheriff's posse in Selma, Alabama. They documented a moving service in a sharecropper's church and captured inspirational encounters between Ivy League student teachers and black children in Freedom Schools. They followed the heartbreaking struggle of a young boy to confront the murder of his older brother by Klansmen. Mississippi Eyes is the only book to provide a firsthand account of what it was actually like to photograph the civil rights struggle in the Deep South.

Matt Herron was a photographer, writer, and photojournalist for most of his life. He was an ocean voyager, an environmental activist (with Greenpeace), a welder, and a labor organizer. He also directed Take Stock, a stock photography agency specializing in historical civil rights and farm labor images.