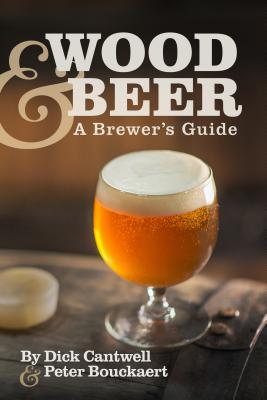 The use of wooden vessels for storage, transportation, fermentation, or aging of beer is deeply rooted in history. Today's talented brewers are innovating, experimenting, and enthusiastically embracing the seemingly mystical complexity of flavors and aromas derived from wood. From the souring effects of microbes that take up residence in the wood to the wood character drawn from barrels or foeders, this book covers not only the history, physiology, microbiology, and flavor contributions of wood, but also the maintenance of wooden vessels. Explore the many influences of wood as a vehicle for contributing tremendous complexity to beers fermented and aged within it. Wood & Beer: A Brewer's Guide is as much about wood as it is about beer, and the mysteries that arise when the two come together.

Peter BouckaertPrior to relocating to the U.S. in 1996 to become New Belgium Brewing Company's brewmaster, Peter brewed for a decade at Brewery Rodenbach. Peter earned the equivalent of a Master's degree in brewing and fermentation technology from the University of Ghent, Belgium, as well as a Quality Engineer degree from CKZ Krtrijk. Peter's mantle includes awards from the World Beer Cup and Great American Beer Festival and a handful of other beer accolades. He was honored to be awarded the 2013 Russell Schehrer Award for Innovation in Brewing by the Brewers Association.Dick CantwellDick Cantwell is among the most well-respected and experienced craft brewers, co-founding Elysian Brewing Company in 1996, where he served as head brewer until its sale to Anheuser-Busch in 2015. Cantwell is currently head of production at Magnolia Brewing Company in San Francisco, CA. In 2004, Cantwell received the Brewers Association's Russell Schehrer Award for Innovation in Brewing. Additionally, he has written for various beer magazines, authored Barley Wine with Fal Allen, Brewing Eclectic IPA and The Brewers Association's Guide to Starting Your Own Brewery, Second Edition.