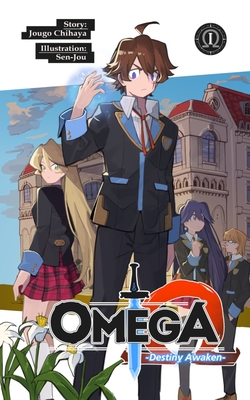 By Chihaya Jougo
$15.20
Email or call for price

Luke Adimari is a boy who lost his family at a young age, with little more than the last words of his mother and the mysterious powers of his father left to him. He begins a new chapter of his life as a high school student in Alexander Academy, a school that promotes coexistence in a world where supernatural beings and humans live side-by-side.

However, not all people are in favor of sharing the same world. An age-long war caused by a human nation known as the Grigori, still rages. They enslave and murder supernaturals for their own ends using their corrupted army of powerful beings.

When their warpath leads them to Alexander Academy, Luke finds himself caught in the fray. If he and his friends wish to survive, they must unite to protect each other and the life they began to make.

This book is distributed by VicsLab.com.