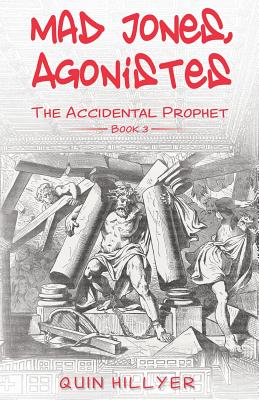 Madison Jones, Heretic and Hero, faces new challenges as the turn of the millennium looms In volume three of the Accidental Prophet series, Mad Jones finds himself on top of the world. Two years after launching his controversial ministry, he has traversed the country for speaking engagements, authored a bestselling book, written a popular newspaper column, and run a successful website. But dangers, enemies, scandals, and provocative self-discoveries abound as the year 2000 looms with the threat of the "Y2K bug." Can Mad continue his ascent in American media and popular culture? Or will he prove yet again that whatever goes up must eventually come crashing down?"I've been enjoying Quin Hillyer's columns for years, and when I read an early draft of Mad Jones, I told him it had real potential and to keep at it. Today's culture needs satirizing, and Hillyer does it with verve." - Winston Groom, author of Forrest Gump.