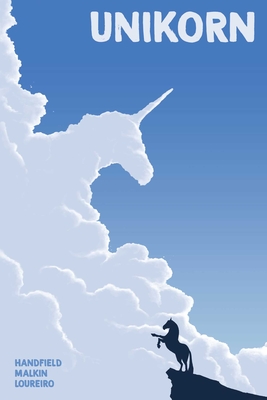 Soon to be a major motion picture starring Chloe Coleman (MY SPY).

A middle schooler inherits an old horse from her long lost mother she believes is a unicorn with a broken horn in this heartfelt coming-of-age story of hope, faith and magic.

Young Mae lost her mother in a tragic accident a few years back, although mother's body was never recovered from the raging river into which their car crashed. Mae is devastated because her father, now that enough time has elapsed for proof of death, must sell off his wife's farm, along with her wild stallion Percy, who seems dangerous to anyone who comes near him. However, when Mae realizes that Percy is really a unicorn with amazing powers, she teams with a group of her young friends to save the creature from an age old billionaire who sustains his life through unicorn blood -- and who is now determined to get Percy in his clutches. But unless Mae can find Percy's missing unicorn horn, and restore the full extent of his magical powers, it appears that he is doomed -- unless Mae can pull off a last-minute miracle to save Percy from a terrible fate...

Don is the co-creator of History Channel's drama series KNIGHTFALL and producer of critically-acclaimed McDonald's origin story THE FOUNDER starring Michael Keaton. Handfield’s first comic series The Rift was picked up by Steven Spielberg and Amblin Entertainment for the final episode of the reboot of Amazing Stories anthology on Apple +. Handfield wrote and directed the Saturn Award winning film TOUCHBACK starring Kurt Russell. Handfield also wrote the novel, which was a top seller on Amazon and received a starred review from Publisher’s Weekly.

Handfield grew up in Indiana and Northern Virginia, and went to college at The Ohio State University before moving to Los Angeles, where he currently resides with his wife and two kids.

Joshua grew up in California’s Central Coast surrounded by rolling green hills… and his parents vast puppetry collection. Perhaps it’s no surprise that he gravitated toward the fantastical. He’s a screenwriter, a professor of creative writing at University of California Riverside and Chapman University and co-wrote the acclaimed comic series SOURCE with Don Handfield. He and his wife live in Los Angeles, the proud and bewildered parents of twins.