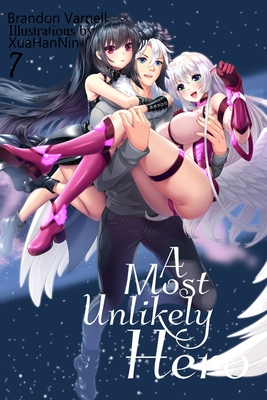 This is book number 7 in the Most Unlikely Hero series.

Alex Ryker has finally accepted not only Gabrielle's feelings for him, but also his own unusual feelings for her--and the other women surrounding him. But just because he's learned to accept who he is and how he feels doesn't mean the problems have ended.

Alex's would-be-rival and Gabrielle's sort-of-childhood-friend, Arthur, has a problem on his hands. His siblings have decided he isn't fit for the throne and have sought to overthrow him with a rebellion, while he was away trying to woo Gabrielle for her hand in marriage. Alex, Gabrielle, and Nyx must travel with Arthur to another solar system entirely and help him stop a war.