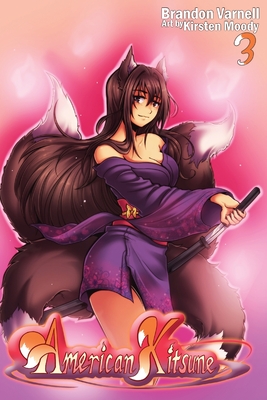 Kevin Swift doesn't know what to think anymore. His love for Lindsay has dwindled, he's constantly plagued by thoughts of Lilian, and now he has to deal with his sexy housemate's maid: A kimono-clad, katana-wielding femme fatale who doesn't like him very much-and who has this weird tendency of adding Japanese suffixes to everyone's name for some reason. Go figure.

Now Kevin must make an irreversible choice: To become Lilian's mate or not. It's a life changing decision that no teenager should have to make. Unfortunately for him, Lilian's maid has basically threatened to clean out his entrails with her katana if he doesn't.

He used to think being a teenager sucked. Now he's realized that being a teenager is nothing compared to being the potential mate to a kitsune whose maid holds no moral compunctions about flaying him alive.