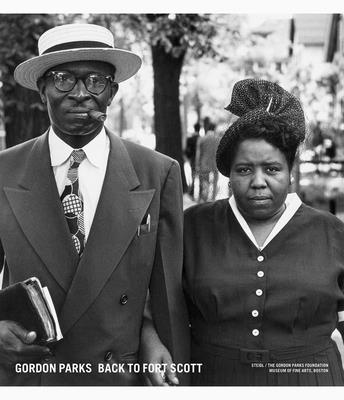 The first African American photographer to be hired full time by Life magazine, Gordon Parks was often sent on assignments involving social issues that his white colleagues were not asked to cover. In 1950 he returned on one such assignment to his hometown of Fort Scott in southeastern Kansas: he was to provide photographs for a piece on segregated schools and their impact on black children in the years prior to Brown v. Board of Education. Parks intended to revisit early memories of his birthplace, many involving serious racial discrimination, and to discover what had become of the 11 members of his junior high school graduation class since his departure 20 years earlier. But when he arrived only one member of the class remained in Fort Scott, the rest having followed the well-worn paths of the Great Migration in search of better lives in urban centers such as St. Louis, Kansas City, Columbus and Chicago. Heading out to those cities Parks found his friends and their families and photographed them on their porches, in their parlors and dining rooms, on their way to church and working at their jobs, and interviewed them about their decision to leave the segregated system of their youth and head north. His resulting photo essay was slated to appear in Life in the spring of 1951, but was ultimately never published. This book showcases the 80-photo series in a single volume for the first time, offering a sensitive and visually arresting view of our country's racialized history.
Gordon Parks (1912-2006) was born into poverty and segregation in Fort Scott, Kansas. The self-taught photographer also found success as a film director, author and composer. He was awarded the National Medal of Arts and over 50 honorary degrees.