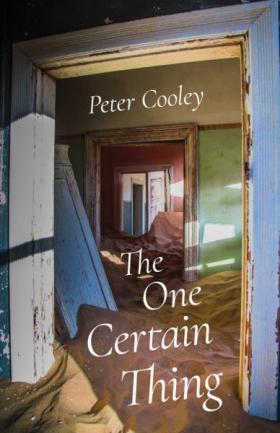 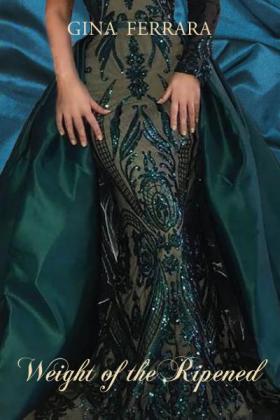 Join us for a virtual poetry reading celebrating the launch of Peter Cooley's new book, THE ONE CERTAIN THING, along with Gina Ferrara's THE WEIGHT OF THE RIPENED, which we had originally planned to launch last March before being derailed by the pandemic. 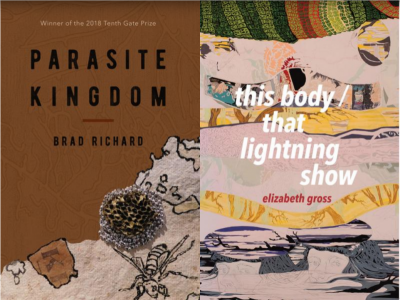 Celebrate National Poetry Month with Brad Richard and Elizabeth Gross as they launch their new books.

“ When insanity reigns in high places, and the culture has commodified human depths into glittering surfaces, we need Parasite Kingdom: a radical and instantaneous mytho-poesis that might give us perspective by breaking the whole damn thing apart. Richard gives us new apocrypha to ward off current apocalypse, new symbols by which we might come to understand ourselves.” —Dan Beachy-Quick

Elizabeth Gross’s debut collection, this body / that lightning show, was selected by Jericho Brown for inclusion in The Word Works’ Hilary Tham Collection. 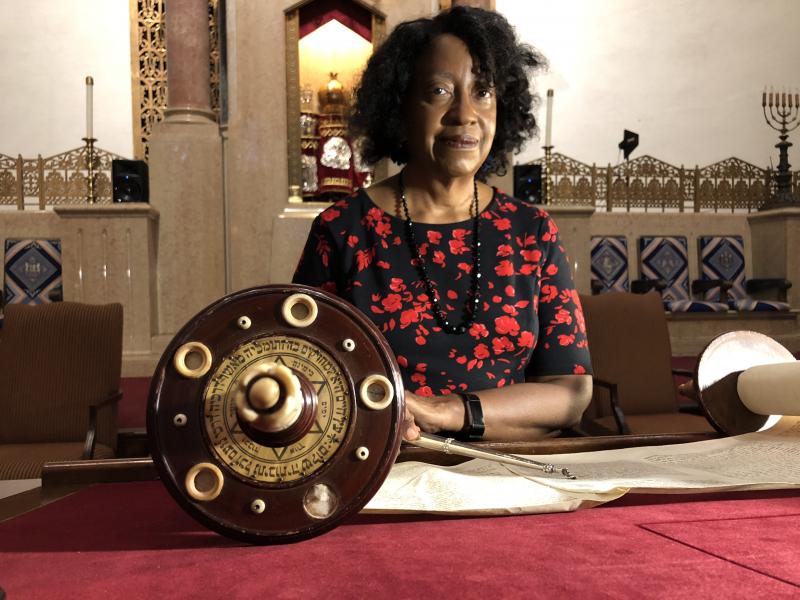 Please join us for a special evening with Marian Moore presenting LOUISIANA MIDRASH, her debut book of poetry.

In LOUISIANA MIDRASH the poet engages the Jewish literary tradition of midrash by entering into it whole body, bringing her life both outer and inner right up against the ancient text, and breathing life, her life into every word. Just as the Bible cherishes genealogy, so does Marian Moore inscribe her own genealogy into the text, as an African American woman born in Shreveport who has found her life as a serious Jew in New Orleans. There are no contradictions because this is poetry; she makes all of her angels sing." – Rodger Kamenetz, author of The Lowercase Jew 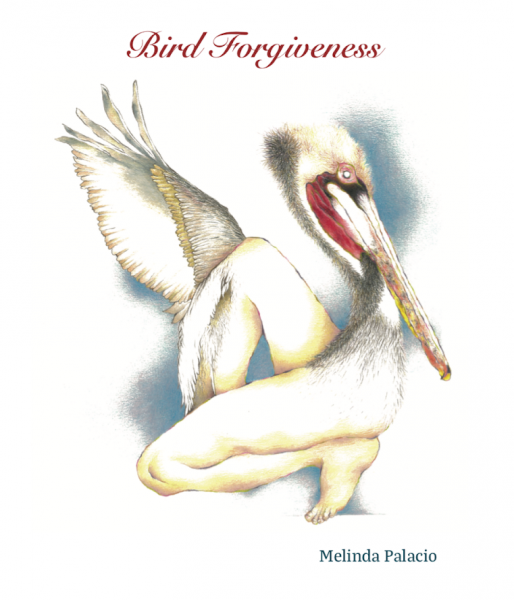 In BIRD FORGIVENESS, the poet reminds us what it means to be an observer who has learned something about herself and her relationship to the world. Melinda Palacio is fearless in her poetics on race, the environment, the precarious nature of birds, love, death, and forgiveness. In Palacio’s third collection of poetry, forgiveness begins with a bird and ends in a final flight, life’s complete cycle. The poet mourns the strong women who have come before her and honors the ways in which we let go in order to exist within songs of freedom and global sustainability.

Join us during this National Poetry Month as we celebrate two outstanding Louisiana poets reading and signing their new books. Dennis Formento is the founder of Surregional Press and The Frank Zappatistas freejazz/free-verse band. Valentine Pierce is a spoken word artist, writer, graphic designer, and actor.

Please join us for an evening of poetry reading and book signing with Catriona Wright, E. Martin Nolan, and Julia Carey. 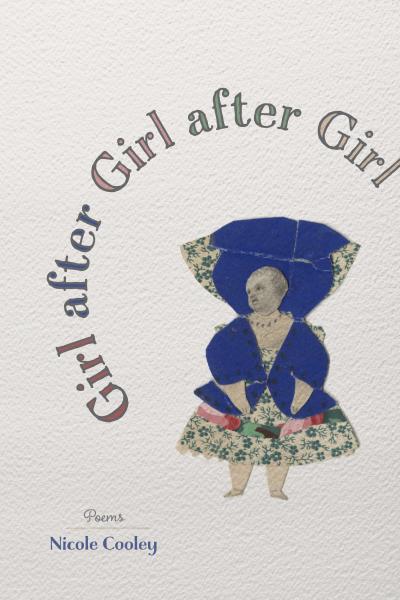 Please join us for a special evening with three great Louisiana poets as we celebrate the latest title from LSU Press’s Barataria Poetry Series, GIRL AFTER GIRL by Nicole Cooley, who will read along with series editor Ava Leavell Haymon, and series poet Martha Serpas.

In her new collection, Nicole Cooley commemorates the connections between mothers and daughters from generation to generation. Through an acknowledgment of mothers’ unconditional love, the memories evoked by physical objects, and the stories mothers pass down, these poems explore the common thread that stretches backward and forward, running through the lives of women and binding them together in an unbroken chain of years. 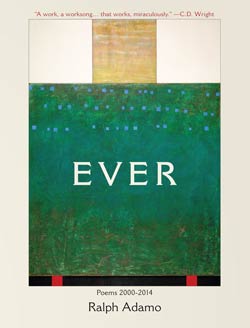 Ralph Adamo's EVER: Poems 2000-2014 is a collection of poems begun at the turn of the 21st century, composed and revised through the beginning of the year 2013. In this, his 7th collection and his first following Waterblind: New & Selected Poems (2002), Ralph Adamo writes about and through wars, hurricanes, issues as common and profound as work and time, and endurance of every sort. He writes as well as about becoming a father after age 50 and raising two children in a time of transition and conflict. The patterns and forms of these poems vary from tightly controlled couplets through prose poetry and various experimental turns of language. At times painfully lucid, at times opaque, often simultaneously personal and universal, Adamo’s poems seek that most elusive goal: truth as far as language can pursue it, and while truth may remain unfathomable and inexpressible, these poems never waver in their seeking. 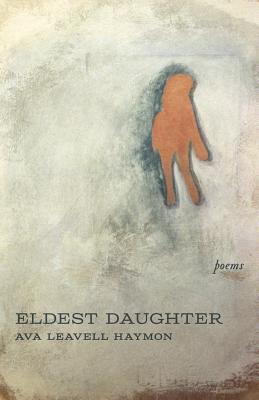 In ELDEST DAUGHTER, Louisiana Poet Laureate Ava Leavell Haymon displays her mastery of the craft and engages us with the poetic gifts we have come to expect from her. As in previous collections, she combines the sensory and the spiritual in wild verbal fireworks. Concrete descriptions of a woman's life in the mid-twentieth-century American South mix with wider concerns about family lies and truths, and a culture that supports or forbids clear speech.

In a passage from "The Holy Ghost Attends Vacation Bible School," the physical world of children interplays with the divine:

The least likely place the Holy Ghost ever descended
was in east Mississippi. Red clay hills
and church politics soured on years of inbreeding.

Every deacon drove a pickup. At Bible School,
the kids played red rover and rolled down
the sharp slope behind the Baptist church.

He recognized the dizziness at the bottom
and the fear of having your name called,
but the grass stains, the torn blouses,
and sprained wrists—these were beyond Him.

Haymon's poems encourage us to revel in the natural world and enjoy its delights, as well as to confront the difficult realities that keep us from doing so. 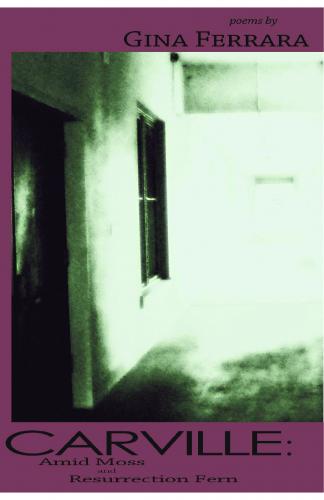 Gina Ferrara's CARVILLE: Amid Moss and Resurrection Fern is a collection of poems, with photographs by Elizabeth Garcia, about the only leposaurium located in North America. Opened in 1896, and located on River Road, Carville housed and treated over five thousand patients afflicted with leprosy, now known as Hansen's Disease. These poems delve equally into the geographically specific landscape of Carville and the distinctive stories of patients who lived there. 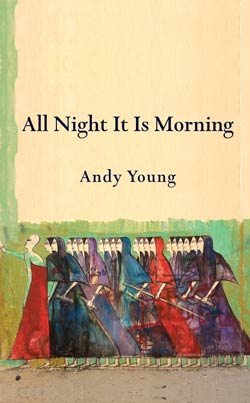 Andy Young’s debut poetry collection, ALL NIGHT IT IS MORNING, cuts across geography, politics, language, and culture. Raised in Appalachia, rooted in New Orleans, and now part of an Egyptian/American family with whom she spent the last two years in Cairo, hers is an American perspective that is refreshingly outward-looking. The poems reflect on living life with a foot in both Arabic and Western cultures but reach beyond the personal to inhabit other realms: from a saucy Cleopatra to a coal miner emerging from a mine collapse, from the ruins of post-Katrina New Orleans to the tumultuous events of the Egyptian revolution. Using the aubade, the traditional form of lovers parting at dawn, to anchor the book, Young examines destruction in the wake of storms, wars and revolution, but also at the ways in which we connect within these disasters. These poems  exhibit what Daniel Tobin calls “astonishing formal variety,” embracing the lyric, narrative, fragmentary, as well as traditional forms such as the sonnet.

The book’s cover, a graffiti mural by Alaa Awad, now destroyed, that led the way to Tahrir Square, is a work both ancient and modern, urban and agrarian, beautiful and horrible. This captures the spirit of the book, steeped in mourning and hope and a belief in the voice of the people. 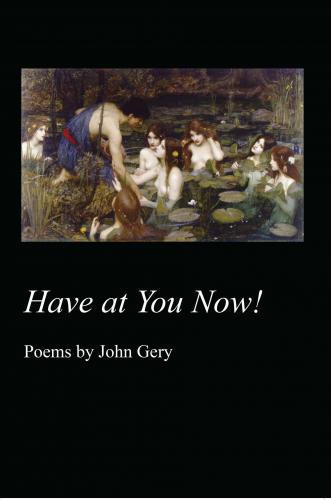 Join us for a reading & signing celebrating National Poetry Month and the release of John Gery's new book, HAVE AT YOU NOW!: Poems.

“The poems in John Gery’s Have at You Now! are acted upon with the same verve and wit and parry and heart as that scene from Hamlet from which the title is taken. These are the poems of a huge imagination and a huge intellect whose observations are at once as capable of being as fully engaged in the philosophical as in the familial. John Gery is a powerful traveler poet who counters experience with thought, form with idea, technique with delivery. Gery is one of the best poets writing today and I go to him repeatedly for guidance and direction. Have at You Now! is nothing short of a master class in how to make poems that matter.”
—Darrell Bourque

“‘Where is the next great fear?/When is the next bright city?’ asks New Orleans poet John Gery in his new book of sad poems, brilliant and brave, international in scope, political in vision, ironic and formal in execution, timeless as art. Bravo!”
—Hilda Raz 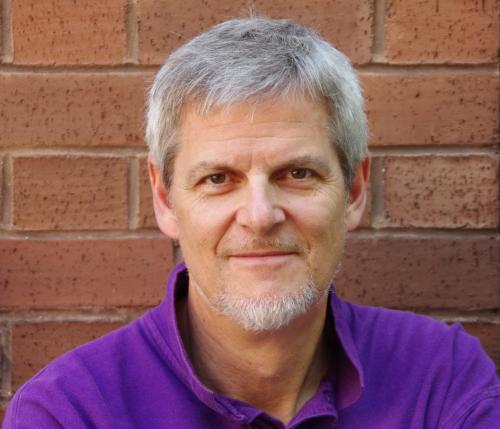 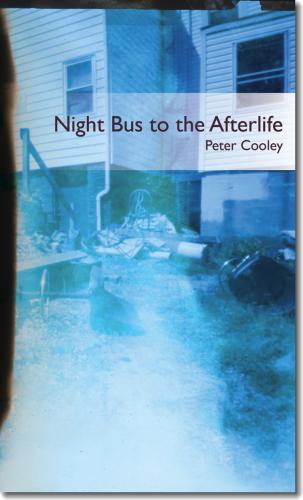 Please join us for a poetry reading and book signing with Peter Cooley celebrating the release of his new book, NIGHT BUS TO THE AFTERLIFE.

“Peter Cooley’s poetry endures, with wrought lyricism and robust imagination. This new collection brilliantly underscores the spiritual dimension of his vision, buoyed by an imagistic certainty; the poems turn on grace notes that are musical and natural, tinged by the Crescent City.” —Yusef Komunyakaa

PETER COOLEY has lived over half his life in New Orleans, where he is Professor of English at Tulane University. He is the recent recipient of an ATLAS grant from the state of Louisiana and of the Marble Faun Poetry Award from the Faulkner Society in New Orleans.