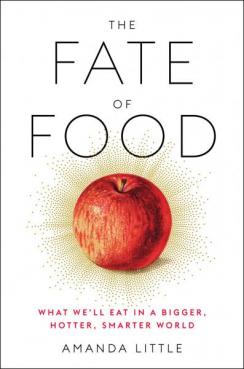 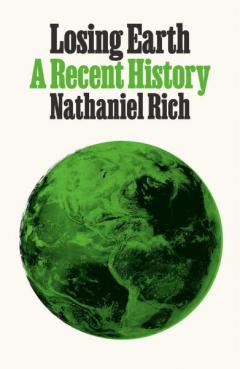 Please join us for a special evening featuring award-winning environmental journalist, Amanda Little on her recently released book, THE FATE OF FOOD: What We’ll Eat in a Bigger, Hotter, and Smarter World, in conversation with writer Nathaniel Rich, author of LOSING EARTH: A Recent History.

Amanda Little, a Vanderbilt University professor and an award-winning environmental investigative journalist – and a failed vegetarian, a lousy backyard farmer, and a mother of little kids – whose new book is sort of Eat, Pray, Love meets The Sixth Extinction. And here’s why:

The single biggest threat of climate change is the collapse of food systems. And the subtle climate changes that have been occurring for years on heartland farms growing corn, soy, wheat and other commodity crops have been easy to ignore—but now, suddenly, strawberries, Chardonnay, chocolate, coffee, and olive oil are on the line....as is every other nutritious, climate-sensitive, high-value crop grown worldwide. Conditions are changing not just for apples but for grapes, cherries, peaches, cranberries, blueberries.

Climate change has become an issue you can taste -- a kitchen table issue, in all senses.

Amanda spent four years traveling to a dozen countries and as many states exploring the future of sustainable food, interviewing farmers, scientists, engineers, innovators, and activists. She flew inside monsoon clouds, tested robotic weeders, and ate meat grown in bioreactors, met Army engineers developing 3-D printed foods -- to find out what it will take to feed the world in the coming century.

THE FATE OF FOOD is gaining some great momentum after Amanda appeared on NPR’s Fresh Air, PBS News Hour, and we have had everyone from Julia Louis-Dreyfus to Michael Pollan talking about it -- Pollan tweeted "this book is fascinating!" Chef Jose Andres, John Kerry and Bill McKibben among others have all weighed in with great feedback for Amanda’s reporting and storytelling, but also because of its optimistic look at the future in light of climate change.

Nathaniel Rich, New Orleans-based writer at large for The New York Times Magazine and author of  three novels - King Zeno, Odds Against Tomorrow, and The Mayor's Tongue  - now tells the most urgent story of our times, brilliantly reframed, beautifully told

By 1979, we knew nearly everything we understand today about climate change—including how to stop it. Over the next decade, a handful of scientists, politicians, and strategists, led by two unlikely heroes, risked their careers in a desperate, escalating campaign to convince the world to act before it was too late. LOSING EARTH is their story, and ours.

The New York Times Magazine devoted an entire issue to Nathaniel Rich’s groundbreaking chronicle of that decade, which became an instant journalistic phenomenon—the subject of news coverage, editorials, and conversations all over the world. In its emphasis on the lives of the people who grappled with the great existential threat of our age, it made vivid the moral dimensions of our shared plight.

Now expanded into book form, LOSING EARTH tells the human story of climate change in even richer, more intimate terms. It reveals, in previously unreported detail, the birth of climate denialism and the genesis of the fossil fuel industry’s coordinated effort to thwart climate policy through disinformation, propaganda, and political influence. The book carries the story into the present day, wrestling with the long shadow of our failures and asking crucial questions about how we make sense of our past, our future, and ourselves. Like John Hersey’s Hiroshima and Jonathan Schell’s The Fate of the Earth, Losing Earth is that rarest of achievements: a riveting work of dramatic history that articulates a moral framework for understanding how we got here, and how we must go forward.

The Fate of Food: What We'll Eat in a Bigger, Hotter, Smarter World (Hardcover)

WINNER OF THE 2019 NAUTILUS BOOK AWARD

In the fascinating story of the sustainable food revolution, an environmental journalist and professor asks the question: Is the future of food looking bleak—or better than ever?

By 1979, we knew nearly everything we understand today about climate change—including how to stop it. Over the next decade, a handful of scientists, politicians, and strategists, led by two unlikely heroes, risked their careers in a desperate, escalating campaign to convince the world to act before it was too late. Losing Earth is their story, and ours.