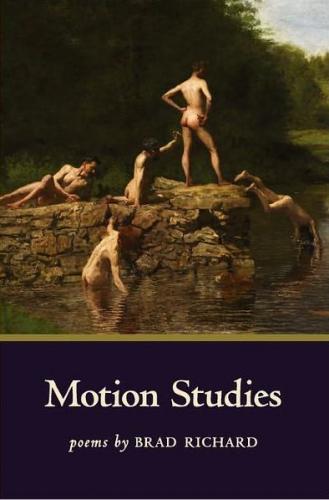 The poems in Brad Richard’s extraordinary new collection Motion Studies are lush and lyrical, passionate and elegant. This collection offers a range of forms, from the ekphrastic to the documentary to the confessional. Whether writing from the perspective of Thomas Eakins or describing his father’s art studio in the flooded ruins of New Orleans, Richard unflinchingly observes the world. This is a book about vision, about what it truly means to see.
-Nicole Cooley

Please join us for a poetry reading and signing with Brad Richard celebrating the release of his new collection of poems, MOTION STUDIES, winner of the 2010 Washington Prize from The Word Works.

MOTION STUDIES impressed the judges with its blend of the personal and the historical. His explorations of art and time lead Matthew Dickman to observe, “From the broken spaces of our cities, bodies, and hearts, Brad Richard has come to mend. Here is a poet of exacting lyricism and refreshing voice. Mr. Richard is a healer. He doesn’t lift the scalpel of irony but instead leads us to the curative waters of our own human experience.”

Investigating past and present in poems of memory and loss, MOTION STUDIES takes us from daguerreotypes of the 19th century and the work of painter Thomas Eakins to post-Katrina New Orleans. Scholarly and yeasty, forceful and kind, MOTION STUDIES reunites the broken and the silenced with the living and hopeful. 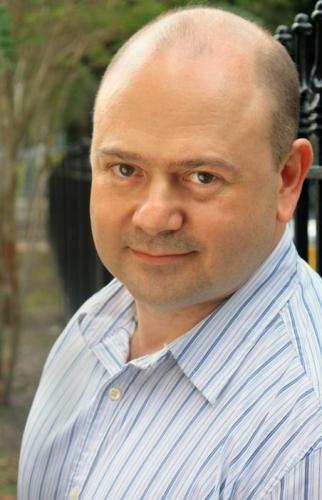 Brad Richard is the chair of the creative writing program at Lusher Charter High School in New Orleans. His previous book of poems, Habitations, was published by Portals Press in 2000, and since then Lowlands Press brought out his chapbook The Men in the Dark (2004). Richard is the 2002 Winner in the Poets & Writers, Inc., Writers Exchange competition, and his work has appeared in a wide variety of journals, including American Letters and Commentary, Bayou, Hunger Mountain Review, The Iowa Review, Literary Imagination, Prairie Schooner, The Massachusetts Review, North American Review, Passages North, and Witness.

Investigating time, memory, and loss, Brad Richard takes us from 19th century daguerreotypes and the work of painter Thomas Eakins to post-Katrina New Orleans. Scholarly yet yeasty, forceful yet kind, Motion Studies reunites the broken and the silenced with the living, with hope.