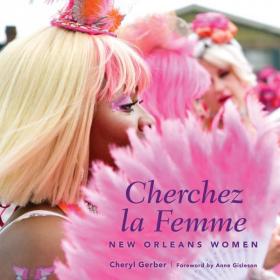 Join us for a presentation and signing with photographer Cheryl Gerber featuring her fabulous new book, CHERCHEZ LA FEMME, a photographic exploration with essays of how New Orleans women have shaped the city.

Alongside Gerber’s photographs are twelve essays written by female writers about such women as Leah Chase, Irma Thomas, Mignon Faget, and Trixie Minx. Also featured are prominent groups of women that have made their mark on the city, like the Mardi Gras Indians, Baby Dolls, and the Krewe of Muses, among others. The book is divided into eleven chapters, each celebrating the women who add to New Orleans’s uniqueness, including entertainers, socialites, activists, musicians, chefs, entrepreneurs, spiritual leaders, and burlesque artists. 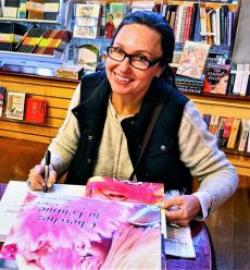 Cheryl Gerber is a freelance journalist and documentary photographer working in New Orleans. She has been a regular contributor to the New York Times, the Associated Press, and New Orleans Magazine and has been a staff photographer for Gambit Weekly since 1994. Gerber has won several awards for her work on social issues and news photography, as well as for her book New Orleans: Life and Death in the Big Easy.

"I am so moved by this book. Cheryl Gerber has spent a lifetime capturing the visual of what makes New Orleans so unique. With this book and the words of the best female writers of our time, she has captured its heart and soul. It is about the power of New Orleans women from the Ursuline nuns to the joyful women marching in the streets today. For three hundred years women have made the difference. This work gives me great hope for the future." - Angela Hill, award-winning broadcast journalist

New Orleans: Life and Death in the Big Easy (Paperback)

New Orleans: Life and Death in the Big Easy uses photo juxtaposition to portray New Orleans culture--its contrasts, dichotomies, and social ironies, the things that make the city so richly diverse and distinctive--as seen through the lens of photojournalist Cheryl Gerber. The book opens with Gerber's shots of her hometown's local color, showing how everyday New Orleanians live and how they cele