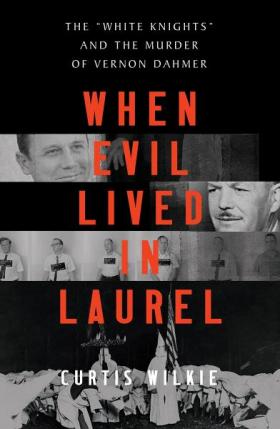 Join us for an evening at Octavia Books with Curtis Wilkie presenting and signing his new book, WHEN EVIL LIVED IN LAUREL: The "White Knights" and the Murder of Vernon Dahmer. He will appear in conversation with Jason Berry, author of City of a Million Dreams: A History of New Orleans at Year 300.

“Curtis Wilkie’s riveting account of the murder of Vernon Dahmer by the KKK is a window into the depths of racism and white supremacy. But it is also a beautifully written tale of courage and morality featuring a man with deep local roots that knew right from wrong. When Evil Lived in Laurel can help us understand the civil rights era in the South and also our country today.” —Walter Isaacson

“When Evil Lived in Laurel is an extremely useful book, in addition to being impossible to put down. It’s about evil; terrible men doing terrible things to their fellow humans. But it’s also about convention and cowardice and hypocrisy and ignorance and public lies—and also about quiet heroism—all matters of vital concern to us in America at this very moment.” —Richard Ford

Election laws that disenfranchise Blacks. Elected leaders tacitly encouraging extremism and hate. Attacks by white supremacists. This is the setting for Curtis Wilkie’s gripping narrative that re-creates one of the most infamous—but little known—murders of the civil rights era. By early 1966, Vernon Dahmer was well known in Mississippi, a successful, respected Black businessman who, defying local rules, worked passionately to register Blacks to vote. But his voter registration activities brought the attention of the White Knights, one of the most brutal sects of the KKK, which perpetrated the notorious “Mississippi Burning” murders—and, in January 1966, targeted and killed Dahmer in a raid that burned down his home and store.

WHEN EVIL LIVED IN LAUREL tells this harrowing story, drawing on Wilkie’s exclusive access to a former Klan infiltrator for the FBI, Tom Landrum. Wilkie earned Landrum’s trust, and Landrum provided Wilkie with his diary, kept secret for fifty years, and sat for hours of interviews. In shockingly vivid detail, Wilkie re-creates these events—the conversations, the incendiary nighttime meetings, and the plans leading up to Dahmer’s murder and the nearly botched execution of them.

In WHEN EVIL LIVED IN LAUREL, readers learn the inner workings of the White Knights in all their evil and frequent ineptness. The KKK was not monolithic, and the White Knights vied with neighboring chapters in nearby counties to be the most extreme. Landrum expected his fellow Klansmen to be poor and impoverished, and was surprised to find local civic leaders, deacons, and businessmen were involved. By a perverse alchemy, Wilkie writes, their humiliated southern pride and resentment had been radicalized into hatred of Blacks, Jews, and Catholics.

Recent civil rights gains in Washington scared and angered Klan members, and they turned to terrorist attacks, with fire—a pagan purifying agent—as their weapon of choice. Their leader was Imperial Wizard Sam Bowers, a proponent of Christian militancy and one of the book’s indelible characters. Vernon Dahmer personified their animus and fear, and Bowers grew obsessed with stopping Dahmer’s efforts.

While eight Klansmen were charged for their crimes, Bowers, the mastermind of the murder, had to be tried four times before he was finally convicted in 1998 and sent to prison, where he died in 2006. A story of justice delayed and nearly waylaid, WHEN EVIL LIVED IN LAUREL recounts one of the most tragic and dramatic chapters of the era. 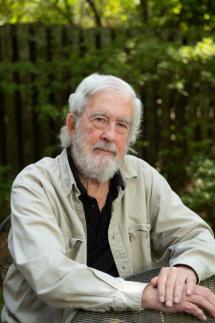 Curtis Wilkie covered civil rights activity in Mississippi in the 1960s and afterward served as a national and international correspondent for a quarter century at the Boston Globe. He lives in Oxford, Mississippi. 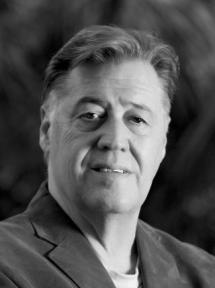 Jason Berry is an independent writer, documentary film producer, and journalist living in New Orleans. His latest book, CITY OF A MILLION DREAMS, is now being made into a documentary film.

When Evil Lived in Laurel: The "White Knights" and the Murder of Vernon Dahmer (Hardcover)

The inside story of how a courageous FBI informant helped to bring down the KKK organization responsible for a brutal civil rights–era killing.

City of a Million Dreams: A History of New Orleans at Year 300 (Paperback)