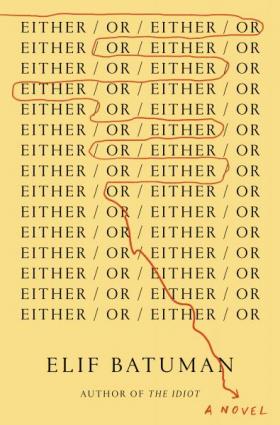 Please join us for a very special evening with Pulitzer Prize finalist Elif Batuman - acclaimed and bestselling author of THE IDIOT - presenting her new novel, EITHER/OR, and appearing in conversation with author Jami Attenberg.

Elif Batuman’s debut novel THE IDIOT marked the arrival of an unforgettable new voice in fiction. Published to acclaim and embraced by readers everywhere, THE IDIOT follows reluctant protagonist Selin through her freshman year at Harvard and abroad as she comes to grips with the ineffable confusion of first love and the growing consciousness that she is doomed to become a writer. ;The New York Times Book Review praised, “There is more oxygen, more life in this book, than in a shelf of its peers,” and GQ called it “easily the funniest book I’ve read this year.” It was named a finalist for the Pulitzer Prize and longlisted for the Women’s Prize for Fiction and was a national bestseller. Batuman, a staff writer at The New Yorker, captured the uncertainty of life on the cusp of adulthood with superlative emotional and intellectual sensitivity, mordant wit, and pitch-perfect style.

Now comes EITHER/OR. It’s sophomore year, 1996, and Selin, the only one in her family who was born in America and got to go to an Ivy League school, knows she has to make it count. The first order of business: to figure out the meaning of everything that happened over the summer. Why did Selin’s elusive crush, Ivan, find her that job in the Hungarian countryside? Why is Ivan’s weird ex-girlfriend now trying to get in touch with Selin? On the plus side, it feels like the plot of an exciting novel. On the other hand, why do so many novels have crazy abandoned women in them? How does one live a life as interesting as a novel—a life worthy of becoming a novel—without becoming a crazy abandoned woman oneself?

Guided by her literature syllabus and by her more worldly and confident peers, Selin reaches certain conclusions about the universal importance of parties, alcohol, and sex, and resolves to execute them in practice—no matter what the cost. Next on the list: travel across Turkey. Unfolding with the propulsive logic and intensity of youth, EITHER/OR is a landmark novel by one of our most brilliant writers. Hilarious and revelatory, its gripping narrative will confront you with searching questions that persist long after the last page. 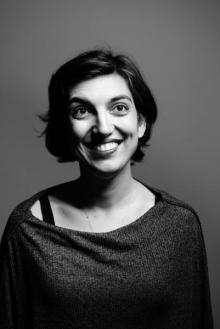 Elif Batuman’s first novel, The Idiot, was a finalist for a Pulitzer Prize, and was shortlisted for the Women’s Prize for Fiction in the UK. She is also the author of The Possessed: Adventures with Russian Books and the People Who Read Them, which was a finalist for a National Book Critics Circle Award in criticism. She has been a staff writer at The New Yorker since 2010 and holds a PhD in comparative literature from Stanford University. 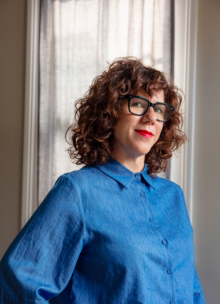 Jami Attenberg, who 2022 memoir is I Came Alll This Way to Meet You, is also the New York Times bestselling author of seven books of fiction, including The Middlesteins and All This Could Be Yours. She has contributed essays to the New York Times Magazine, the Wall Street Journal, the Sunday Times, and the Guardian, among other publications. She lives in New Orleans.

“Batuman has a gift for making the universe seem, somehow, like the benevolent and witty literary seminar you wish it were . . .This novel wins you over in a million micro-observations.” —The New York Times

The Idiot: A Novel (Paperback)

I Came All This Way to Meet You: Writing Myself Home (Hardcover)

From New York Times bestselling author Jami Attenberg comes a dazzling memoir about unlocking and embracing her creativity—and how it saved her life.