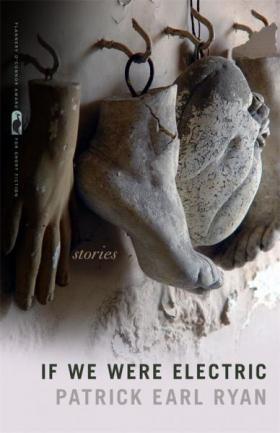 Join us on Zoom for a special virtual conversation with author Patrick Earl Ryan and Series Editor Roxane Gay celebrating the launch of IF WE WERE ELECTRIC, winner of the Flannery O’Connor Award for Short Fiction -  marking the first time in the nearly forty year history of the award that it has gone to a native New Orleanian. And it is the first winner selected by Roxane Gay.

Each paid registration admits one to the Zoom event online and includes one copy of the book with signed bookplate. You must register to participate, and space is limited - so please act now!

"If We Were Electric, the debut short story collection from New Orleans’s native Patrick Earl Ryan is, indeed, fiercely electric. These twelve startling fictions have been crafted by a writer with an assured and absolutely original voice and a remarkable understanding of how place is as much a compelling character in a good story as the people who populate it. There are stories here about unrequited love and youthful yearning, the complexities of desire between men, the beginnings and ends of relationships, deaths both inevitable and untimely, the bitter ache of loneliness, the quiet horrors that unexpectedly befall us, and the magic of the ordinary world. With this outstanding collection, Patrick Ryan makes his mark on Southern literature and how!" - Roxane Gay 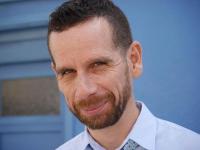 More than seventy short-story collections have appeared in the Flannery O’Connor Award series, which was established to encourage gifted emerging writers by bringing their work to a national readership. The first prize-winning book was published in 1983; the award has since become an important proving ground for writers and a showcase for the talent and promise that have brought about a resurgence in the short story as a genre. 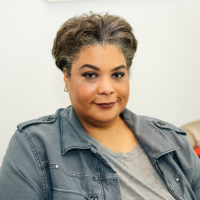 Roxane Gay’s writing appears in Best American Nonrequired Reading 2018, Best American Mystery Stories 2014, Best American Short Stories 2012, Best Sex Writing 2012, Harper’s Bazaar, A Public Space, McSweeney’s, Tin House, Oxford American, American Short Fiction, Virginia Quarterly Review, and many other publications. She is a contributing opinion writer for the New York Times, and the author of the books Ayiti, An Untamed State, the New York Times best-selling Bad Feminist, the nationally best-selling Difficult Women, and the New York Times best-selling Hunger: A Memoir of My Body. She is also the author of World of Wakanda for Marvel and the editor of Best American Short Stories 2018. She is currently at work on film and television projects, a book of writing advice, an essay collection about television and culture, and a YA novel entitled The Year I Learned Everything. In 2018, she won a Guggenheim fellowship.

This will be Roxane Gay's first event with Octavia Books since her memorable visit in 2017 for Hunger.

If We Were Electric: Stories (Flannery O'Connor Award for Short Fiction #115) (Paperback)

If We Were Electric's twelve stories celebrate New Orleans in all of its beautiful peculiarities: macabre and magical, muddy and exquisite, sensual and spiritual. The stunning debut collection finds its characters in moments of desire and despair, often stuck on the verge of a great metamorphosis, but burdened by some unreasonable love.

From the author of Hunger: A Memoir of (My) Body, the New York Times Bestseller and Best Book of the Year at NPR, the Boston Globe, Newsweek, and many more

A collection of essays spanning politics, criticism, and feminism from one of the most-watched young cultural observers of her generation, Roxane Gay.

Hunger: A Memoir of (My) Body (Paperback)

From the New York Times bestselling author of Bad Feminist: a searingly honest memoir of food, weight, self-image, and learning how to feed your hunger while taking care of yourself.

The Sacrifice of Darkness (Hardcover)

“When I was a young girl, my husband’s father flew an air machine into the sun.

A national bestseller from the "prolific and exceptionally insightful" (Globe and Mail) Roxane Gay, Difficult Women is a collection of stories of rare force that paints a wry, beautiful, haunting vision of modern America.

Not That Bad: Dispatches from Rape Culture (Paperback)

Edited and with an introduction by Roxane Gay, the New York Times bestselling and deeply beloved author of Bad Feminist and Hunger, this anthology of first-person essays tackles rape, assault, and harassment head-on.

Roxane Gay is an award-winning literary voice praised for her fearless and vivid prose, and her debut collection Ayiti exemplifies the raw talent that made her "one of the voices of our age" (National Post, Canada).

The world building of Wakanda continues in a love story where tenderness is matched only by brutality! You know them now as the Midnight Angels, but in this story they are just Ayo and Aneka, young women recruited to become Dora Milaje, an elite task force trained to protect the crown of Wakanda at all costs. Their first assignment will be to protect Queen Shuri...