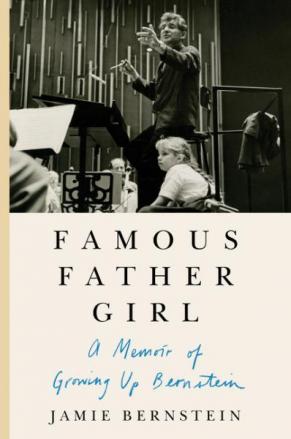 Join us at the New Orleans JCC where author Jamie Bernstein will discuss FAMOUS FATHER GIRL: A Memoir of Growing Up Bernstein. Her presentation will be followed by a booksigning.

The oldest daughter of revered composer-conductor Leonard Bernstein offers a rare look at her father on the centennial of his birth in a deeply intimate and broadly evocative memoir.

The composer of On the Town and West Side Story, chief conductor of the New York Philharmonic, television star, humanitarian, friend of the powerful and influential, and the life of every party, Leonard Bernstein was an enormous celebrity during one of the headiest periods of American cultural life, as well as the most protean musician in twentieth century America.

But to his eldest daughter, Jamie, he was above all the man in the scratchy brown bathrobe who smelled of cigarettes; the jokester and compulsive teacher who enthused about Beethoven and the Beatles; the insomniac whose 4 a.m. composing breaks involved spooning baby food out of the jar. He taught his daughter to love the world in all its beauty and complexity. In public and private, Lenny was larger than life.

In Famous Father Girl, Bernstein mines the emotional depths of her childhood and invites us into her family’s private world. A fantastic set of characters populates the Bernsteins’ lives, including: the Kennedys, Mike Nichols, John Lennon, Richard Avedon, Stephen Sondheim, Jerome Robbins, and Betty (Lauren) Bacall.

An intoxicating tale, Famous Father Girl is an intimate meditation on a complex and sometimes troubled man, the family he raised, and the music he composed that became the soundtrack to their entwined lives. Deeply moving and often hilarious, Bernstein’s beautifully written memoir is a great American story about one of the greatest Americans of the modern age. 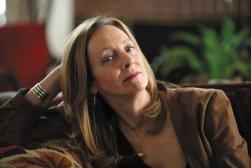 Jamie Bernstein is a writer, broadcaster, and filmmaker. She travels the world as a concert narrator. Her documentary Crescendo: The Power of Music is available on Netflix. She lives in New York City.

Famous Father Girl: A Memoir of Growing Up Bernstein (Hardcover)