Please join us when 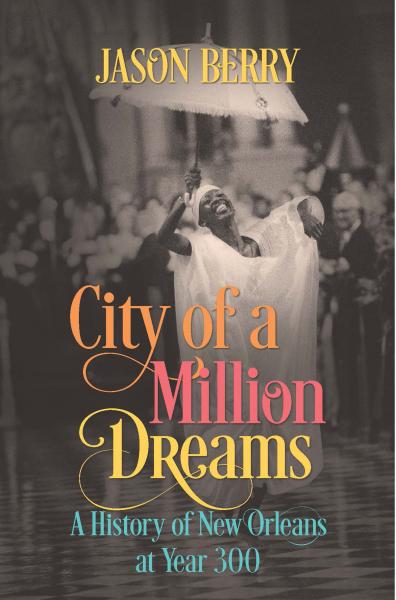 writer Jason Berry presents and signs CITY OF A MILLION DREAMS: A History of New Orleans at Year 300.

Every New Orleanian, including this one, possesses a cultural arrogance that makes us believe our city is more colorful and interesting than your city. We've been taught since we were children that New Orleans has the most rich and nuanced history of any city in the United States. Now that Jason Berry has written this masterful work, I no longer believe my city is more interesting than yours — I know it. Read this book so you can agree with me.--James Carville
Beguiled by our weirdness, visitors marvel at New Orleans's irrepressible energy and wonder where it came from. Locals puzzle over it, too. This promises to be one of the indispensable books readers from across the spectrum will turn to for an answer.--Lawrence N. Powell, author of The Accidental City
This is a dream of a book, deftly organized, fluidly written, and compelling.--Garry Wills, author of Venice: Lion City
I devoured this book. Jason Berry has a profound understanding of the main ingredients of New Orleans history: race, religion, and music. In this fascinating work, he weaves them together in a luscious, multicolored tapestry of the town's 300 years. Like a wonderful piece of jazz, it has recurring strands and lovely riffs that make the narrative dance.--Walter Isaacson, New York Times best-selling author of Leonardo da Vinci

In 2015, the beautiful jazz funeral in New Orleans for composer Allen Toussaint coincided with a debate over removing four Confederate monuments. Mayor Mitch Landrieu led the ceremony, attended by living legends of jazz, music aficionados, politicians, and everyday people. The scene captured the history and culture of the city in microcosm--a city legendary for its noisy, complicated, tradition-rich splendor. In City of a Million Dreams, Jason Berry delivers a character-driven history of New Orleans at its tricentennial. Chronicling cycles of invention, struggle, death, and rebirth, Berry reveals the city's survival as a triumph of diversity, its map-of-the-world neighborhoods marked by resilience despite hurricanes, epidemics, fires, and floods.

Berry orchestrates a parade of vibrant personalities, from the founder Bienville, a warrior emblazoned with snake tattoos; to Governor William C. C. Claiborne, General Andrew Jackson, and Pere Antoine, an influential priest and secret agent of the Inquisition; Sister Gertrude Morgan, a street evangelist and visionary artist of the 1960s; and Michael White, the famous clarinetist who remade his life after losing everything in Hurricane Katrina. The textured profiles of this extraordinary cast furnish a dramatic narrative of the beloved city, famous the world over for mysterious rituals as people dance when they bury their dead. 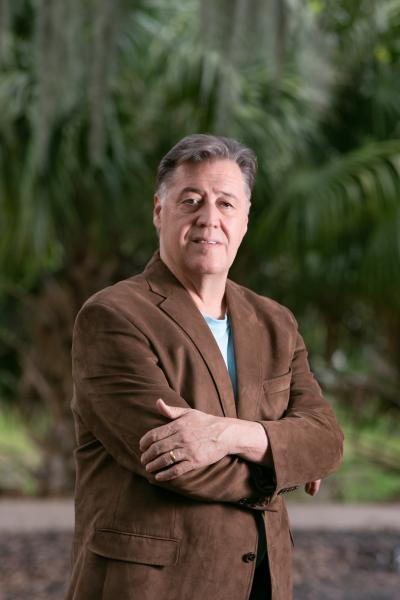 City of a Million Dreams: A History of New Orleans at Year 300 (Hardcover)