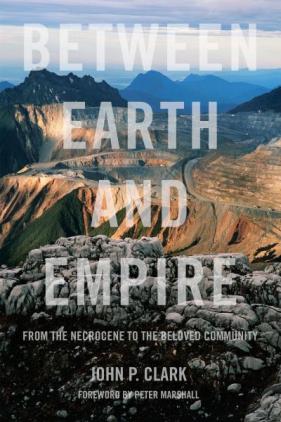 Come join us for the launch of philosopher John P. Clark's new book, BETWEEN EARTH AND EMPIRE: From the Necrocene to the Beloved Community.

BETWEEN EARTH AND EMPIRE focuses on the crucial position of humanity at the present moment in Earth history. We are now in the midst of the Necrocene, an epoch of death and mass extinction. Nearing the end of the long history of Empire and domination, we are faced with the choice of either continuing the path of social and ecological disintegration or initiating a new era of social and ecological regeneration.

The book shows that conventional approaches to global crisis on both the right and the left have succumbed to processes of denial and disavowal, either rejecting the reality of crisis entirely or substituting ineffectual but comforting gestures and images for deep, systemic social transformation. It is argued that a large-scale social and ecological regeneration must be rooted in communities of liberation and solidarity, fostering personal and group transformation so that a culture of awakening and care can emerge.

BETWEEN EARTH AND EMPIRE explores examples of significant progress in this direction, including the Zapatista movement in Chiapas, the Democratic Autonomy Movement in Rojava, indigenous movements in defense of the commons, the solidarity economy movement, and efforts to create liberated base communities and affinity groups within anarchism and other radical social movements. In the end, the book presents a vision of hope for social and ecological regeneration through the rebirth of a libertarian and communitarian social imaginary, and the flourishing of a free cooperative community globally.

“Whether in Rojava, where women are fighting for their people’s survival, or in the loss and terror of New Orleans after the Katrina flood, Clark finds models of communality, care, and hope. Finely reasoned and integrative, tracing the dialectical play of institution and ethos, ideology and imaginary, this book will speak to philosophers and activists alike.”
—Ariel Salleh, author of Ecofeminism as Politics 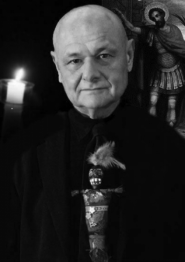 John P. Clark is a philosopher, activist, and educator. He lives and works in New Orleans, where his family has been for twelve generations. He is director of La Terre Institute for Community and Ecology, located on Bayou La Terre in the forest of coastal Mississippi. He is the author or editor of over a dozen books, including The Anarchist Moment; Anarchy, Geography, Modernity; and The Impossible Community. He writes a column for the journal Capitalism Nature Socialism and edits the cyberjournal Psychic Swamp: The Surregional Review. He was formerly Curtin Distinguished Professor of Philosophy at Loyola University.

Between Earth and Empire: From the Necrocene to the Beloved Community (Paperback)

Between Earth and Empire focuses on the crucial position of humanity at the present moment in Earth History. We have left the Cenozoic, the “new period of life,” and are now in the midst of the Necrocene, a period of mass extinction and reversal.