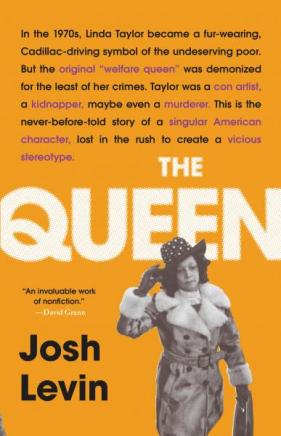 Join us at the JCC when Slate national editor Josh Levin presents and signs his new book, THE QUEEN: The Forgotten Life Behind an American Myth, a masterful account of the life and crimes of America's original "welfare queen." Josh Levin will will appear in conversation with Jordan Hirsch, editor of “A Closer Walk,” the interactive map of New Orleans music history.

“In the finest tradition of investigative reporting, Josh Levin exposes how a story that once shaped the nation’s conscience was clouded by racism and lies. As he stunningly reveals, the deeper truth, the messy truth, tells us something much larger about who we are. THE QUEEN is an invaluable work of nonfiction.”  —  David Grann, #1 New York Times bestselling author of Killers of the Flower Moon

Linda Taylor was one of the most infamous figures of the 20th century. She’s now a forgotten woman, having faded from public view four decades ago. But while the real Taylor vanished from our collective memory, her nickname—the “welfare queen”—persisted. In THE QUEEN: The Forgotten Life Behind an American Myth (Little, Brown and Company; May 21, 2019; ISBN: 9780316513302), Slate national editor Josh Levin unveils the full story of the misunderstood, demonized, and mythologized woman behind a vicious and enduring American stereotype. This is an exacting feat of investigative journalism as much as a chilling true crime narrative, in league with David Grann’s Killers of the Flower Moon.

Levin spent more than six years documenting the life of the Cadillac-driving, fur coat–wearing Taylor, who was busted for welfare fraud in 1974 on the South Side of Chicago. Taylor’s thievery was publicized by the Chicago Tribune, then taken up by presidential candidate Ronald Reagan, who regularly railed against this “woman in Chicago” who shamelessly stole from the public purse. But what Reagan didn’t know—or didn’t care to know—was that Taylor was trailed by even more shocking allegations, claims that she was a kidnapper and a killer. While these more serious crimes fell through the cracks, the welfare fraud allegations stuck.

At its heart, THE QUEEN is a portrait of a complex and misunderstood figure. Raised in the Jim Crow South and shaped by her status as an outcast, Taylor was both abused and an abuser. While the reasons for her behavior may still be shrouded in mystery, what she came to represent is undeniable. Josh Levin’s THE QUEEN is the first and only account that tells, in vivid and spectacular detail, the true story of Linda Taylor’s life and crimes, and how Taylor’s image has been exploited for nearly a half century.

"THE QUEEN is a wild, only-in-America story that helped me understand my country better. It's a fascinating portrait of a con artist and a nation... and the ways the United States continually relies on oversimplified narratives about race and class to shape public policy, almost always at the expense of brown people and poor people."  — Attica Locke, author of the Edgar Award winning Bluebird, Bluebird

Josh Levin is the national editor at Slate and the host of the sports podcast Hang Up and Listen. He previously worked at the Washington City Paper and has written for Sports Illustrated, the Atlantic, GQ, and Play: The New York Times Sports Magazine. He was born and raised in New Orleans and is a graduate of Brown University. He lives in Washington, D.C. 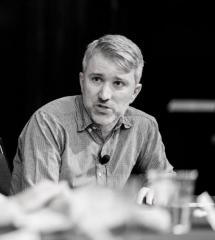 Jordan Hirsch is the editor of “A Closer Walk,” the interactive map of New Orleans music history. He has written for Slate, Bitter Southerner, and the HBO series “Treme.” A native New Orleanian, he led recovery efforts in the city’s music community in the years following Hurricane Katrina.

The Queen: The Forgotten Life Behind an American Myth (Hardcover)