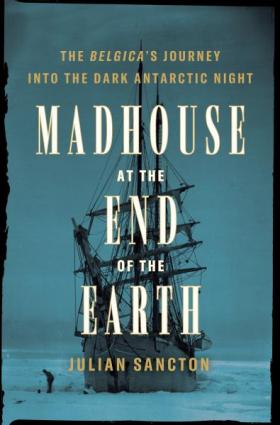 Please join us for a special evening virtually with author Julian Sancton presenting his highly anticipated debut book, MADHOUSE AT THE END OF THE EARTH: The Belgica's Journey into the Dark Antarctic Night. He will be in conversation with Gary Krist, author of EMPIRE OF SIN: A Story of Sex, Jazz, Murder, and the Battle for Modern New Orleans.

To participate in the Zoom event:

“At once a riveting survival tale and a terrifying psychological thriller, Madhouse at the End of the Earth is a mesmerizing, unputdownable read. It deserves a place beside Alfred Lansing’s immortal classic Endurance.”—Nathaniel Philbrick, New York Times bestselling author of In the Heart of the Sea and Valiant Ambition

“Madhouse is that rare nonfiction gem—an obscure but important history transformed by deep research and note-perfect storytelling into a classic thriller. Reading this book is as much an adventure as the very story it tells."—Walter Isaacson, New York Times bestselling author of Leonardo da Vinci and Steve Jobs

“Madhouse at the End of the Earth has it all: idealism, ingenuity, ambition, explosives, flimflammery, a colorful cast, a blank map, a three-month-long night, penguins (and medicinal penguin meat)…. A riveting tale, splendidly told.”—Stacy Schiff, Pulitzer Prize–winning author of The Witches and Cleopatra

“A generation before Shackleton’s Endurance, an adventure every bit as bold and dreadful took place at the bottom of the world, led by a band of unimaginably colorful and resolute explorers. Julian Sancton has deftly rescued this forgotten saga from the deep freeze—and given us the next great contribution to polar literature. A wild tale, so well told and immersively researched.”—Hampton Sides, nationally bestselling author of In the Kingdom of Ice

“With meticulous research and a novelist’s keen eye, Sancton has penned one of the most enthralling—and harrowing—adventure stories in years.”—Scott Anderson, New York Times bestselling author of Lawrence in Arabia and The Quiet American

The harrowing true survival story of an early polar expedition that went terribly awry—with the ship frozen in ice and the crew trapped inside for the entire sunless, Antarctic winter

Having spent his career as a writer and editor, Julian Sancton fully appreciates the power of a compelling lead—but he never would have believed a few sentences would send him quite literally to the edge of the world in a years-long quest for a story.

It was 2015 and Sancton was transfixed by the beginning of Tom Kizzia’s New Yorker piece Roommates on Mars. The article opened with a brief recounting of the grueling Antarctic voyage of the Belgica in the late 1890s, which NASA still studies today as a cautionary tale. What particularly fascinated Sancton was the heroic role played by two men whose names would go down in history: the infamous American surgeon Dr. Frederick Cook, and the Norwegian first mate, a young Roald Amundsen. Sancton would spend years researching the Belgica’s expedition, even visiting Antarctica himself to trace the ship’s path. He brings this harrowing survival story back to life in MADHOUSE AT THE END OF THE EARTH: The Belgica’s Journey into the Dark Antarctic Night .

It was 1897 when the hubristic young Belgian commandant Adrien de Gerlache embarked on the polar expedition he had spent years trying to launch. After interminable fits and starts, he and his crew were finally setting sail for a three-year scientific expedition to Antarctica, to study its flora and fauna and geology, and to reach the coveted magnetic south pole. The voyage was meant to bring glory to all aboard the Belgica—and to the young country of Belgium itself. It would quickly become apparent to de Gerlache and his men, however, that glory would come at a steep cost. They would reach the continent, but far later than they had planned due to numerous setbacks and crises, which might have been comical had they not been so life-threatening. As winter approached, the Belgica tried to force her way south. De Gerlache—a gifted sailor but not a natural leader of men—wrestled with two bad options: turn back and face embarrassing defeat…or submit to the ice of the Bellingshausen sea. Without warning his crew, he chose the latter and the Belgica was soon trapped in the suffocating grip of the pack. Surrounded on all sides by immovable sheets of ice, which threatened every day to crush the ship, the men watched as the sun sank behind the horizon one last time and they began their months-long sentence, becoming the first to confront the horrors of an Antarctic winter.

Using newly discovered first-hand accounts of the voyage, and relying on exclusive access to the Belgica’s official logbook, Sancton vividly brings readers aboard this ill-fated ship as its inhabitants desperately try to survive the mental and physical torture of life on the ice. Dueling personalities, dwindling supplies, and the stultifying barrenness of the landscape, coupled with 24-hour darkness, unrelenting cold, and a mysterious deadly illness, would bring the men of the Belgica to the edge of madness; some plummeted into insanity. In a final desperate attempt to save the Belgica, the endlessly resourceful Dr. Cook would devise a plan to free the ship, an unimaginably ambitious scheme that rivaled The Great Escape. It would either lead to a miraculous release or consign the Belgica to another dark and desolate winter it simply could not survive.

The Belgica has largely been forgotten by history but in MADHOUSE AT THE END OF THE EARTH, Sancton brilliantly captures this truly epic story, chronicling the expedition in novelistic detail. Readers will bear witness to this unforgettable journey into the world’s most hostile environment, and relive the lessons it taught the world about human extremes, which will help guide humanity to the next frontier. 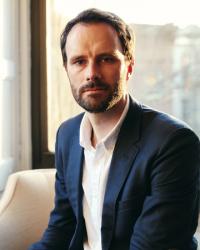 Julian Sancton is a senior features editor at Departures magazine, where he writes about culture and travel. His work has appeared in Vanity Fair, Esquire, The New Yorker, Wired, and Playboy, among other publications. He has reported from every continent including Antarctica, which he first visited while researching this book. 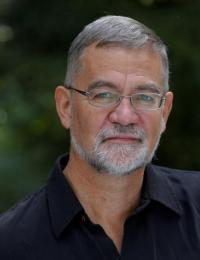 Gary Krist has written for the New York Times, Esquire, Salon, Washington Post Book World, and elsewhere. He is the author of the bestselling Empire of Sin and City of Scoundrels, as well as the The Mirage Factory and The White Cascade. He has been the recipient of the Stephen Crane Award, the Sue Kaufman Prize from the American Academy of Arts and Letters, a Lowell Thomas Gold Medal for Travel Journalism, and a fellowship from the National Endowment for the Arts.

Madhouse at the End of the Earth: The Belgica's Journey into the Dark Antarctic Night (Hardcover)

The “exquisitely researched and deeply engrossing” (The New York Times) true survival story of an early polar expedition that went terribly awry—with the ship frozen in ice and the crew trapped inside for the entire sunless, Antarctic winter

Empire of Sin: A Story of Sex, Jazz, Murder, and the Battle for Modern New Orleans (Paperback)

From bestselling author Gary Krist, a vibrant and immersive account of New Orleans’ other civil war, at a time when commercialized vice, jazz culture, and endemic crime defined the battlegrounds of the Crescent City