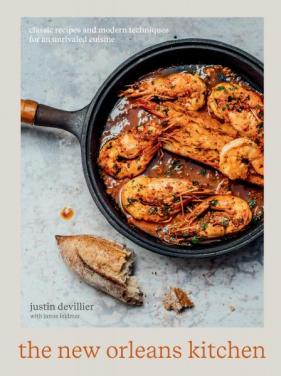 Please RSVP now with NOCHI at https://www.eventbrite.com/e/an-evening-with-justin-devillier-tickets-76505545145. Tickets are free but space is limited, so please RSVP! Light bites from the book and drinks will be served.

Octavia Books on hand with the books for purchase at the event. You may pre-order here now and use the customer comment box to indicate a request for a "signed copy." If you will be attending the event and want us to have your pre-paid copy for you there, check "pick up at store," and write "attending event" in the comment box so we will know to bring your copy with us and ready for you at NOCHI.

With its uniquely multicultural, multigenerational, and unapologetically obsessive food culture, New Orleans has always ranked among the world’s favorite cities for people who love to eat and cook. But classic New Orleans cooking is neither easily learned nor mastered. More than thirty years ago, beloved Paul Prudhomme taught the ways of Crescent City cooking but, even in tradition-steeped New Orleans, classic recipes have evolved and fans of what is arguably the most popular regional cuisine in America are ready for an updated approach. With step-by-step photos and straightforward instructions, James Beard Award-winner Justin Devillier details the fundamentals of the New Orleans cooking canon—from proper roux-making to time-honored recipes, such as Duck and Andouille Gumbo and the more casual Abita Root Beer-Braised Short Ribs. Locals, Southerners, and food tourists alike will relish Devillier’s modern-day approach to classic New Orleans cooking.

Justin Devillier, son of a fourth-generation Louisianan, is an avid angler and hunter, and the chef-owner of three nationally lauded restaurants in New Orleans—La Petite Grocery in the Garden District, Balise in downtown, and Justine in the French Quarter. He was a contestant on Top Chef: New Orleans in 2013, has written for Saveur, was named Chef of the Year by New Orleans magazine in 2014, and won the James Beard Foundation’s award for Best Chef: South in 2016 after being named a finalist in 2012, 2013, 2014, and 2015. 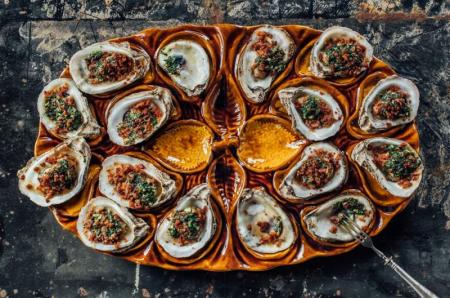 The New Orleans Kitchen: Classic Recipes and Modern Techniques for an Unrivaled Cuisine [A Cookbook] (Hardcover)

If you are attending the event and want us to have your pre-paid copy for you there, check "pick up at store," and write "attending event" in the comment box so we will know to bring your copy with us and ready for you at NOCHI.