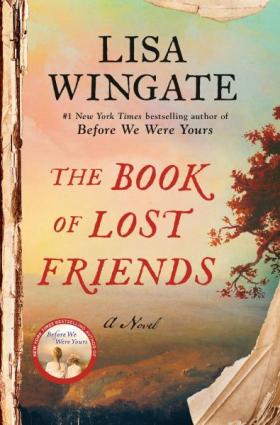 Please join us in partnership with The Historic New Orleans Collection (THNOC) for a virtual evening with New York Times best-selling author Lisa Wingate featuring her new novel, THE BOOK OF LOST FRIENDS. She will appear in conversation with THNOC volunteer Diane Plauché, moderated by Jessica Dorman, THNOC's Director of publications. They will explore the THE BOOK OF LOST FRIENDS, the novel's source of inspiration and the complex relationship between public history and historical fiction.

In the decades following the Civil War, African American families seeking loved ones lost in slavery placed “Lost Friends” advertisements in the Southwestern Christian Advocate, a newspaper published in New Orleans and distributed widely across the South.

THNOC volunteer Diane Plauché scoured the newspapers and tagging people and places for inclusion in THNOC's Lost Friends database. Impressed with Lisa Wingate’s 2017 historical novel BEFORE WE WERE YOURS, Plauché wrote the author on a whim, describing the project. As Wingate puts it, “I tumbled down a rabbit hole of lives long gone, stories and emotions and yearning encapsulated in the faded, smudged type of old-time printing presses.”

And, please show your support by treating yourself to a copy of THE BOOK OF LOST FRIENDS at https://www.octaviabooks.com/book/9781984819888

From the #1 New York Times bestselling author of Before We Were Yours comes a new novel inspired by historical events: a dramatic story of three young women on a journey in search of family amidst the destruction of the post-Civil War South, and of a modern-day teacher who rediscovers their story and its vital connection to her own students’ lives.

In her distinctive voice, Lisa Wingate brings to life startling stories from actual “Lost Friends” advertisements that appeared in Southern newspapers after the Civil War, as freed slaves desperately searched for loved ones who had been sold off.

Louisiana, 1875: In the tumultuous aftermath of Reconstruction, three young women set off as unwilling companions on a perilous quest: Lavinia, the pampered heir to a now-destitute plantation; Juneau Jane, her illegitimate free-born Creole half-sister; and Hannie, Lavinia’s former slave. Each carries private wounds and powerful secrets as they head for Texas, following dangerous roads rife with ruthless vigilantes and soldiers still fighting a war lost a decade before. For Lavinia and Juneau Jane, the journey is one of inheritance and financial desperation, but for Hannie, torn from her mother and eight siblings before slavery’s end, the pilgrimage westward reignites an agonizing question: Could her long-lost family still be out there? Beyond the swamps lie the seemingly limitless frontiers of Texas and, improbably, hope.

Louisiana, 1987: For first-year teacher Benedetta Silva, a subsidized job at a poor rural school seems like the ticket to canceling her hefty student debt—until she lands in a tiny, out-of-step Mississippi River town. Augustine, Louisiana, seems suspicious of new ideas and new people, and Benny can scarcely comprehend the lives of her poverty-stricken students. But amid the gnarled live oaks and run-down plantation homes lies the century-old history of three young women, a long-ago journey, and a hidden book that could change everything. 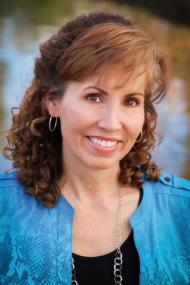 Lisa Wingate is a former journalist, an inspirational speaker, and the author of numerous novels, including the #1 New York Times bestseller, Before We Were Yours, which has sold more than 2.2 million copies. The co-author, with Judy Christie, of the nonfiction book,Before and After, Wingate is a two-time ACFW Carol Award winner, a Christy Award nominee, an Oklahoma Book Award finalist, and a Southern Book Prize winner. She lives with her husband in North Texas.

The Book of Lost Friends: A Novel (Hardcover)

NEW YORK TIMES BESTSELLER • From the bestselling author of Before We Were Yours comes a new historical novel: the dramatic story of three young women searching for family amid the destruction of the post–Civil War South, and of a modern-day teacher who learns of their story and its vital connection to her students’ lives.

Before We Were Yours: A Novel (Paperback)