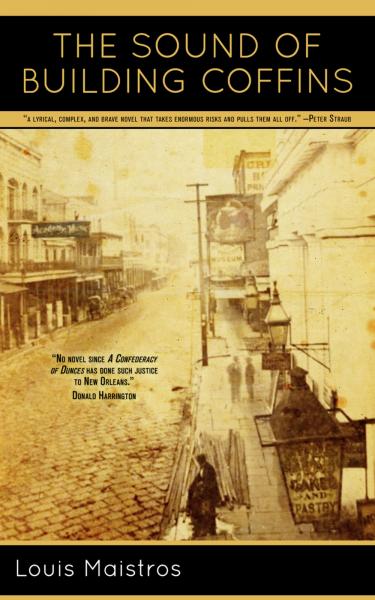 Louis Maistros has written a lyrical, complex, and brave novel that takes enormous risks and pulls them all off. He is a writer to watch and keep reading, a writer to cherish.” —Peter Straub

Join us for a special evening with New Orleans author Louis Maistros featuring the newly restored edition of THE SOUND OF BUILDING COFFINS. The author will conduct a live interview with jazz legend Buddy Bolden (played by New Orleans actor Donald Lewis), will perform songs from his new stage musical in progress "August Valentine," and will read previously unpublished selections from the new edition of THE SOUND OF BUILDING COFFINS, followed by a Q&A and a book signing.

It is 1891 in New Orleans, and young Typhus Morningstar cycles under the light of the half-moon to fulfill his calling, re-birthing aborted foetuses in the fecund waters of the Mississippi River. He cannot know that nearby, events are unfolding that will change his life forever - events that were set in motion by a Vodou curse gone wrong, forty years before he was born. In the humble home of Sicilian immigrants, a one-year-old boy has been possessed by a demon. His father dead, lynched by a mob, his distraught mother at her wits' end, this baby who yesterday could only crawl and gurgle is now walking, dancing, and talking - in a voice impossibly deep. The doctor has fled, and several men of the cloth have come and gone, including Typhus' father, warned off directly by the clear voice of his Savoir. A newspaper man, shamed by the part he played in inciting the lynch mob that cost this boy his father, appalled by what he sees, goes in search of help. Seven will be persuaded, will try to help...and all seven will be profoundly affected by what takes place in that one-room house that dark night. Not all will leave alive, and all will be irrevocably changed by this demonic struggle, and by the sound of the first notes blown of a new musical form: jazz.

This New Orleans cult classic of magic realism has been out of print for years, but as its following continued to grow while Octavia Books maintained a stock of the original hardcover edition, THE SOUND OF BUILDING COFFINS sees print once again in this first-ever paperback edition—expanded with over a hundred pages of previously unpublished material from the original manuscript. Originally published in 2009 by a small press, and launched at Octavia Books, the novel sold over 4500 copies in hardback, before the publisher sold and changed focus and printed no more copies. The book has been enlarged in this new edition to encompass the author's original vision. 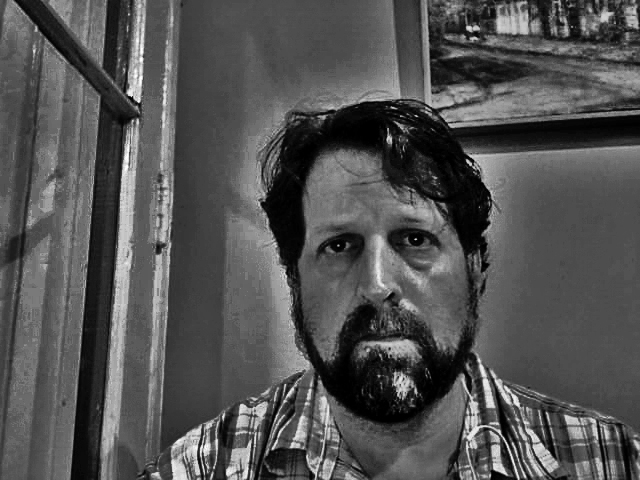 Louis Maistros is a longtime resident of the New Orleans 8th Ward neighborhood. His work has appeared in publications such as The New Orleans Times-Picayune, Relix Magazine, The Baltimore City Paper, Entrepot, and many others. He is also an accomplished art photographer, and has been called "a wizard with light, shadows, and colors" by Louisiana Poet Laureate Julie Kane. He is mildly self-conscious about the fact that he shares a birthday with Lee Harvey Oswald, and is currently working out a conspiracy theory about that -- in the form of a novel-in-progress tentatively entitled "Holy Meaux."

The Sound of Building Coffins (Paperback)

"Maistros succeeds by populating the novel with hoodoo queens, jazzbos, tricksters, rounders, and various folks with one foot in reality and the other in the spirit world. A sprawling, complex, and ultimately absorbing work." —John Lewis, Baltimore Magazine