“I swear, the text, the actual typed text of Errata itself seems swollen with meaning, not simply the humid atmospherics of New Orleans. Swelled up, bled and run together into this concoction of pulpy fictive essaying. Michael Allen Zell’s text is evocative, efficacious, effortlessly magical. These here are words making love to words, wrapped up in sheets of steamy grammar all transitive, diagramed to hell and back. Come for New Orleans, stay for new oracles.”
—Michael Martone, author of Michael Martone and Four for a Quarter 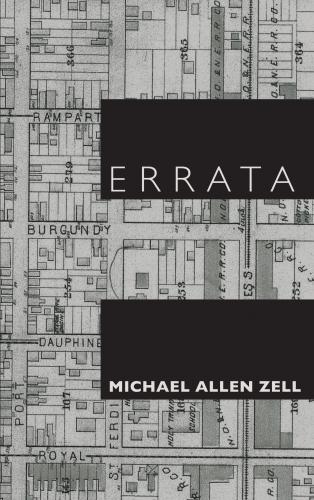 Please join us for for a reading and booksigning with Michael Zell, formerly a bookseller at Octavia Books, celebrating the launch of his debut novel, ERRATA.

A young New Orleans cabbie named Raymond Russell has been dramatically shocked by the intensity of a crime and is blocked such that he cannot write about it directly. He lets elements leak out associatively so as to prime the engine of his obsessive mind for what he must reveal. Picture a neo-noir Nabokov. The title Errata reflects Raymond’s 22 day attempt at correction of his seeming culpability. Associative language forms the building blocks of the story via Montaigne-esque essays, 1984 World’s Fair era history, and literary ruminations. Errata uses neo-noir conventions as the trappings for an ambitious boundary-blurring meditation on balancing the in between of isolation and sociability, wisdom and madness, symbol and text, and innocence and guilt. This book, with its sultry darkness of city and soul, teaches the reader how to uniquely read it. Zell has an inventive and engaging voice, with appeal for readers of a range of authors including Thomas Bernhard, Jorge Luis Borges, Italo Calvino, Julio Cortazar, Bohumil Hrabal, Milan Kundera, Jose Saramago, and Bruno Schulz. 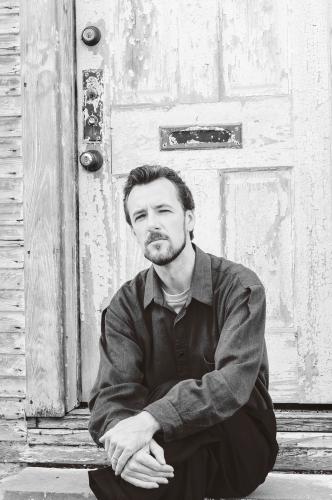 Michael Allen Zell has been published in Cerise Press, Entrepot, Exquisite Corpse, and Sleepingfish. He was a finalist for the 2011 Calvino Prize, finalist for the 2010 Faulkner-Wisdom Competition, and was nominated for the 2012 Best American Short Stories. Zell has worked as a bookseller for over a decade and hosts the Black Widow Salon. He has lived in New Orleans since 2003