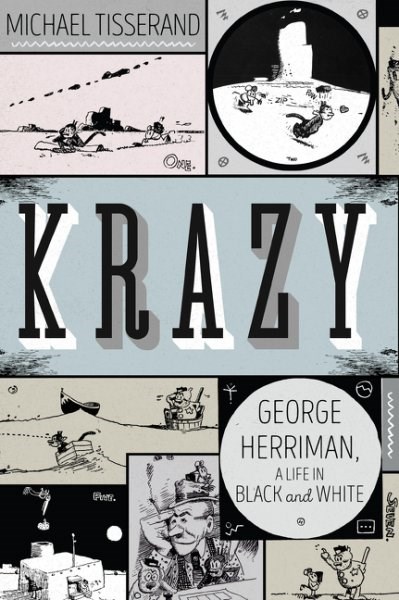 Please join us for the spectacular launch of Michael Tisserand's new book, KRAZY: George Herriman, A Life in Black and White - the first full-length biography of cartoonist George Herriman, the creator of Krazy Kat.

In the tradition of Schulz and Peanuts, an epic and revelatory biography of Krazy Kat creator George Herriman that explores the turbulent time and place from which he emerged and the deep secret he explored through his art

The creator of the greatest comic strip in history finally gets his due in an eye-opening biography that lays bare the truth about his art, his heritage, and his life on America's color line. A native of nineteenth-century New Orleans, George Herriman came of age as an illustrator, journalist, and cartoonist in the boomtown of Los Angeles and the wild metropolis of New York. Appearing in the biggest newspapers of the early twentieth century including those owned by William Randolph Hearst Herriman's Krazy Kat cartoons quickly propelled him to fame. Although fitfully popular with readers of the period, his work has been widely credited with elevating cartoons from daily amusements to anarchic art.

Herriman used his work to explore the human condition, creating a modernist fantasia that was inspired by the landscapes he discovered in his travels from chaotic urban life to the Beckett-like desert vistas of the Southwest. Yet underlying his own life and often emerging from the contours of his very public art was a very private secret: known as "the Greek" for his swarthy complexion and curly hair, Herriman was actually African American, born to a prominent Creole family that hid its racial identity in the dangerous days of Reconstruction. 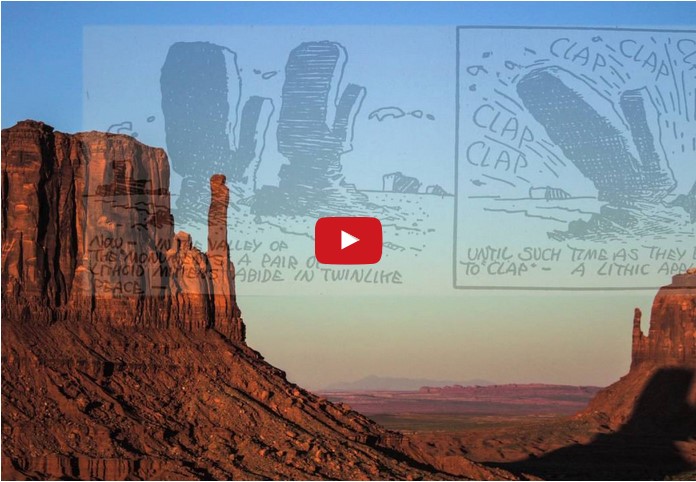 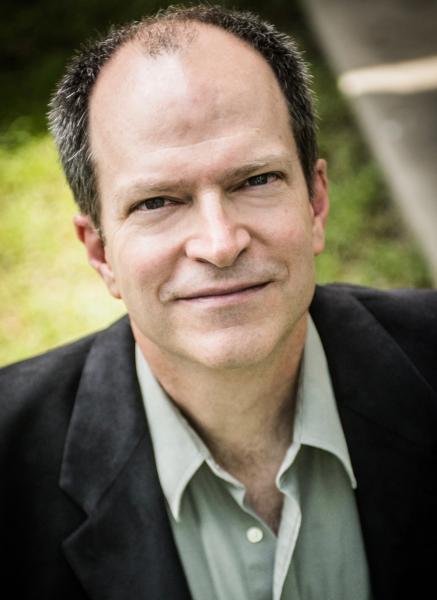 Michael Tisserand is a New Orleans-based writer whose books include The Kingdom of Zydeco and Sugarcane Academy: How a New Orleans Teacher and His Storm-Struck Students Created a School to Remember.  Michael’s work has appeared in The Oxford American, The Nation, The Progressive, and on WBEZ-FM Chicago. The former editor of New Orleans’ Gambit Weekly, Michael’s eleven-part Katrina series “Submerged” was published in alternative newsweeklies across the country. He has appeared on “To the Point” and was a frequent guest on Philip Adams’ “Late Night Live,” and can be seen in the documentaries Dear Mr. Watterson and Zydeco Crossroads. When not writing, Michael coaches scholastic chess and organizes the annual New Orleans Chess Fest, and is a founding member of the Laissez Boys Social Aide and Leisure Club, a Mardi Gras parading organization. Michael lives in New Orleans with his wife and children.

Krazy: George Herriman, a Life in Black and White (Hardcover)

By Michael Tisserand
Email or call for price
ISBN: 9780061732997
Availability: Special Order. May not be available. Call the store for details.
Published: Harper - December 6th, 2016

“A visionary strip. Who drew it, and wherefrom? Tisserand’s robust research illuminates, without diminishing, the mystery.” — Roy Blount Jr.

“Michael Tisserand’s lovingly baked brick of a biography is essential for every comics and art lover’s library. Krazy Kat was highly acclaimed as a work of art generations before almost anyone—Herriman included!—thought of putting ‘comics’ and ‘art’ meaningfully into the same sentence. But beyond this book’s obvious urgency for comics lovers, Tisserand conscientiously explores the enigmatic traces of a great artist’s life hidden in plain sight. He follows the diffident and elusive Herriman’s journey through thickly crosshatched surrealist mesas right into the heart of America’s darkness-the color line that shaped and looped through all of Krazy Kat’s other lines to intersect with so much of America’s culture. Zip! Pow!” — Art Spiegelman

“George Herriman was a poet in a new visual language. As a man, he was an enigma to match his greatest creation, the sublime Krazy Kat. Michael Tisserand has done a masterful job of illuminating this life lived in the shadowy borderlands of racial identity; along the way he also gives a brilliant overview of the golden years of American cartooning. Krazy is a monumental work of biography about a true American genius.” — Tom Piazza

By George Herriman
Email or call for price
ISBN: 9781631404085
Availability: Special Order. May not be available. Call the store for details.
Published: Library of American Comics - August 30th, 2016

Much attention has been paid to Herrriman’s Sunday full-page comics, yet it is in the daily Krazy Kat strips that the cartoonist most frankly illustrates many of his major themes, especially the shifting nature of social identity.

Sugarcane Academy: How a New Orleans Teacher and His Storm-Struck Students Created a School to Remember (Paperback)

Hurricane Katrina devastated New Orleans, taking lives and livelihoods and displacing thousands. Because the hurricane struck at the beginning of the school year, the city’s children were among those most affected. Michael Tisserand, former editor of the alternative cultural newspaper Gambit Weekly, evacuated with his family to New Iberia, Louisiana.

The Kingdom of Zydeco (Paperback)

“An important book for anyone with an interest in life, American music, Southern culture, dancing, accordions, the recording industry, folklore, old dance clubs in the weeds, fortune tellers, hoodoos or shotguns.” —Annie Proulx

There’s a musical kingdom in the American South that’s not marked on any map.