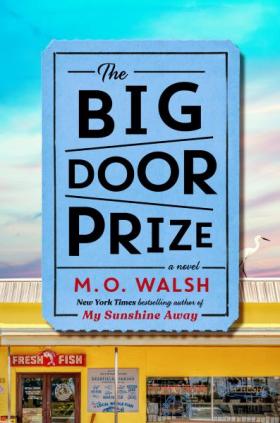 The New York Times bestselling author of MY SUNSHINE AWAY returns with another instant Southern classic: a gripping and heartfelt novel about a mysterious machine that upends a small Louisiana town, asking us all to wonder if who we truly are is who we truly could be.

Please join us for a special evening online with M.O. Walsh celebrating the launch of his new novel, THE BIG DOOR PRIZE. He will appear in conversation with author Daniel Wallace, author of EXTRAORDINARY ADVENTURES and BIG FISH.

You must register to participate, and space is limited.

Each paid registration admits one to the Zoom event online and includes one signed copy of the book.

What would you do if you knew your life's potential? That's the question facing the residents of Deerfield, Louisiana, when the DNAMIX machine appears in their local grocery store. It's nothing to look at, really—it resembles a plain photo booth. But its promise is amazing: With just a quick swab of your cheek and two dollars, the device claims to use the science of DNA to tell you your life's potential. With enough credibility to make the townspeople curious, soon the former teachers, nurses, and shopkeepers of Deerfield are abruptly changing course to pursue their destinies as magicians, cowboys, and athletes—including the novel's main characters, Douglas Hubbard and his wife, Cherilyn, who both believed they were perfectly happy until they realized they could dream for more...

Written with linguistic grace and a sense of wonder, THE BIG DOOR PRIZE sparkles with keen observations about what it might mean to stay true to oneself while honoring the bonds of marriage, friendship, and community, and how the glimmer of possibility can pull these bonds apart, bring them back together, and make second chances possible, even under the strangest of circumstances.

Musical Notes: A longtime fan of the late revered musician and songwriter John Prine, Walsh borrowed the title of his new book from the Prine song “In Spite of Ourselves,” which he and his wife chose as their own wedding song. Moreover, Walsh came to think of Prine’s music as a way to structure his novel, naming nearly all the chapters after Prine songs and hoping that Prine’s many fans will enjoy discovering the dozens of allusions to his work seeded throughout the story. 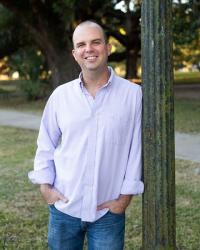 M.O. Walsh’s critically praised first novel, My Sunshine Away, was a New York Times bestseller and winner of the Pat Conroy Southern Book Prize. His fiction and essays have appeared in The New York Times, The Guardian, Oxford American, The Southern Review, American Short Fiction, and Best New American Voices, among others. He is a graduate of the MFA program at the University of Mississippi and is currently the director of the Creative Writing Workshop at the University of New Orleans, where he lives and works, happily, with his wife and family. 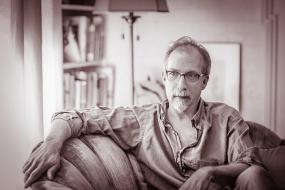 DANIEL WALLACE the J. Ross MacDonald Distinguished Professor of English at the University of North Carolina at Chapel Hill, where he directs the Creative Writing Program. He is the author of the novels. Extraordinary Adventures, Big Fish, Ray in Reverse, The Watermelon King, Mr. Sebastian and the Negro Magician, and The Kings and Queens of Roam.

The New York Times bestselling author of My Sunshine Away returns with another instant Southern classic: a gripping and heartfelt novel about a mysterious machine that upends a small Louisiana town, asking us all to wonder if who we truly are is who we truly could be.

My Sunshine Away (Paperback)

"A tantalizing mystery and a tender coming-of-age story...Unputdownable."—Oprah.com

A large-hearted and optimistic novel, Extraordinary Adventures is the latest from the New York Times bestselling Daniel Wallace.

The classic novel that inspired the beloved Tim Burton film and the Broadway musical.

In his prime, Edward Bloom was an extraordinary man. He could outrun anybody. He never missed a day of school. He saved lives and tamed giants. Animals loved him, people loved him, women loved him. He knew more jokes than any man alive.