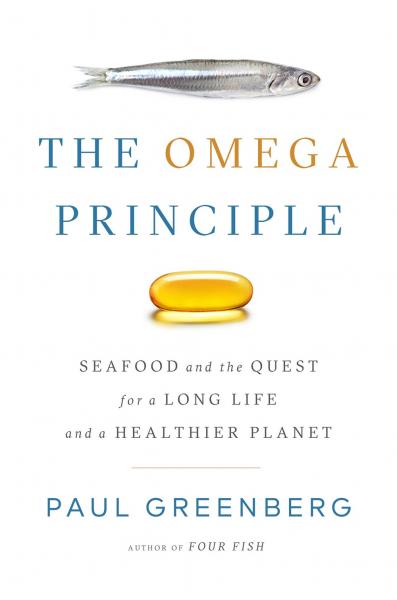 Please join us for a special evening with James Beard Award-winning author Paul Greenberg presenting and signing his most recent book, THE OMEGA PRINCIPLE: Seafood and the Quest for a Long Life and a Healthier Planet - an eye-opening investigation of the history, science, and business behind omega-3 fatty acids, the "miracle compound" whose story is intertwined with human health and the future of our planet.

Paul Greenberg goes searching for the secret to longevity, and what he learns is, in many ways, more interesting. The Omega Principle should be read by anyone who cares about human health or the health of the planet, which is to say everyone."
- Elizabeth Kolbert, author of The Sixth Extinction

Omega-3 fatty acids have long been celebrated by doctors and dieticians as key to a healthy heart and a sharper brain. In the last few decades, that promise has been encapsulated in one of America’s most popular dietary supplements. Omega-3s are today a multi-billion dollar business, and sales are still growing apace—even as recent medical studies caution that the promise of omega-3s may not be what it first appeared.

But a closer look at the omega-3 sensation reveals something much deeper and more troubling. The miracle pill is only the latest product of the reduction industry, a vast, global endeavor that over the last century has boiled down trillions of pounds of marine life into animal feed, fertilizer, margarine, and dietary supplements. The creatures that are the victims of that industry seem insignificant to the untrained eye, but turn out to be essential to the survival of whales, penguins, and fish of all kinds, including many that we love to eat.

Behind these tiny molecules is a big story: of the push-and-pull of science and business; of the fate of our oceans in a human-dominated age; of the explosion of land food at the expense of healthier and more sustainable seafood; of the human quest for health and long life at all costs. James Beard Award-winning author Paul Greenberg probes the rich and surprising history of omega-3s—from the dawn of complex life, when these compounds were first formed; to human prehistory, when the discovery of seafood may have produced major cognitive leaps for our species; and on to the modern era, when omega-3s may point the way to a bold new direction for our food system. With wit and boundless curiosity, Greenberg brings us along on his travels—from Peru to Antarctica, from the Canary Islands to the Amalfi Coast—to reveal firsthand the practice and repercussions of our unbalanced way of eating.

Rigorously reported and winningly told, The Omega Principle is a powerful argument for a more deliberate and forward-thinking relationship to the food we eat and the oceans that sustain us.

A special thanks to Gulf Restoration Network for partnering with Octavia Books for this event. 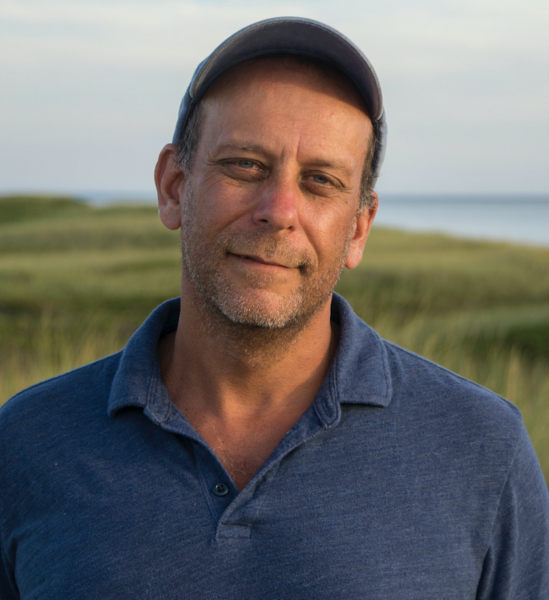 Paul Greenberg is the New York Times bestselling author of Four Fish, American Catch, and The Omega Principle. A regular contributor to the Times and many other publications, Mr. Greenberg is the winner of a James Beard Award for Writing and Literature, a Pew Fellow in Marine Conservation and the writer-in-residence at the Safina Center. He has been featured on Fresh Air with Terry Gross, TED and PBS's Frontline.

The Omega Principle: Seafood and the Quest for a Long Life and a Healthier Planet (Hardcover)

By the bestselling author of Four Fish and American Catch, an eye-opening investigation of the history, science, and business behind omega-3 fatty acids, the "miracle compound" whose story is intertwined with human health and the future of our planet

Four Fish: The Future of the Last Wild Food (Paperback)

"A necessary book for anyone truly interested in what we take from the sea to eat, and how, and why." —Sam Sifton, The New York Times Book Review.

American Catch: The Fight for Our Local Seafood (Paperback)