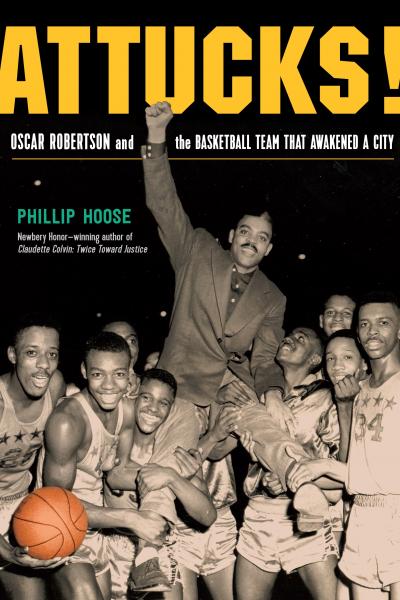 A rousing rags-to-riches episode, a tale of youth power, and a scarcely told chapter in African-American history, Attucks! charts the rise of the legendary Crispus Attucks High School Tigers in the 1950s. By winning the Indiana state high school basketball boys’ championship in 1955, ten teens from a school meant to be the centerpiece of racially segregated education in Indiana shattered the myth of their own inferiority. Their brilliant coach had fashioned an unbeatable team from a group of boys born in the South and raised in poverty, anchored by the astonishing player Oscar "The Big O" Robertson. The Crispus Attucks Tigers went down in history as the first state champions from the city of Indianapolis and the first all-black team in U.S. history to win a racially open championship tournament.

Recommended for ages 12-18, and anyone else!

Attucks!: Oscar Robertson and the Basketball Team That Awakened a City (Hardcover)