Please join us for an evening of poetry reading and book signing with Catriona Wright, E. Martin Nolan, and Julia Carey. 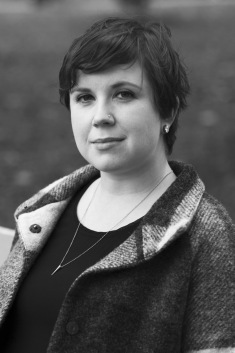 Catriona Wright is a writer, editor, and teacher. Her poems have appeared in Prism International, Prairie Fire, Rusty Toque, Lemon Hound, The Best Canadian Poetry 2015, and elsewhere. She has been a finalist for The Walrus's Poetry Prize, Arc's Poem of the Year Contest, and a National Magazine Award. In 2014, she won Matrix Magazine's LitPop Award. She is the co-founder of Desert Pets Press, a chapbook press; and she is the poetry editor at The Puritan. She lives in Toronto.

Carnal, flamboyant, visceral and bold, TABLE MANNERS is a rich meal. Catriona Wright’s debut introduces us to the image of the poet as “gastronaut,” a figure who seems to live entirely between table and a stove and who steeps her surroundings and relationships in complex emotional flavours. “My life,” she writes, “is now tuned to bone marrow donuts and chef gossip. I’m useless at any other frequency.” Wright’s wild narratives are sometimes funny, sometimes frightening and always ravishingly observed. TABLE MANNERS is what might have emerged had Julia Child written like Sharon Olds, or if Anthony Bourdain knew his way around a line-break. 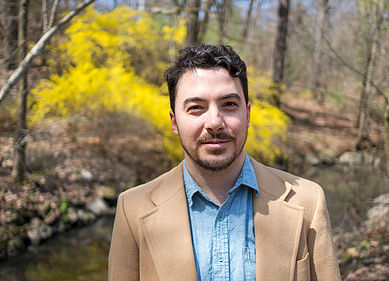 E Martin Nolan is a poet, essayist and editor. He edits interviews at The Puritan, where he’s also published numerous essays, interviews and blog posts. He teaches at The University of Toronto. Born and raised in Detroit, he attended Loyola University New Orleans, and received his Master’s in the Field of Creative Writing from The University of Toronto. His essays and poems have appeared in Arc, CNQ and CV2, among others. His non-fiction writing focuses on literature, sports and music. You may know him as Ted.

The poems in STILL POINT contrast the calm and tumult of Hurricane Katrina, the deconstruction of Detroit, the financial crisis of 2008, and the BP Gulf oil spill, weaving lyrical sequences and individual pieces into a coherent whole focused on humanity's relationship to itself and to nature. STILL POINT tells a story of beauty and horror, and how normalcy stubbornly persists amid history's arc. 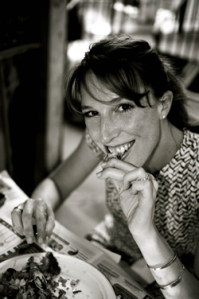 Julia Carey has published poetry, fiction, and essays in journals such as Mason's Road, Psychopomp, Tiferet, Dudley Review, and VIDA, among others. Nominated for a Pushcart Prize, she also won the Speitz Prize in Poetry in the William Faulkner-William Wisdom Writing Competition, and has had her work featured in the anthologies Louisiana In Words and New Orleans: What Can't Be Lost, 88 Stories from the Sacred City. In addition to being adjunct faculty at Loyola, she is a Visiting Professor of the Humanities and Social Sciences at the Bard Early College Program in New Orleans. She also addresses local youth disconnection by teaching storytelling and college seminars in workforce development programs through the Youth Empowerment Program and the Cowen Institute.

The poems in Still Point contrast the calm and tumult of Hurricane Katrina, the deconstruction of Detroit, the financial crisis of 2008, and the BP Gulf oil spill, weaving lyrical sequences and individual pieces into a coherent whole focused on humanity's relationship to itself and to nature.