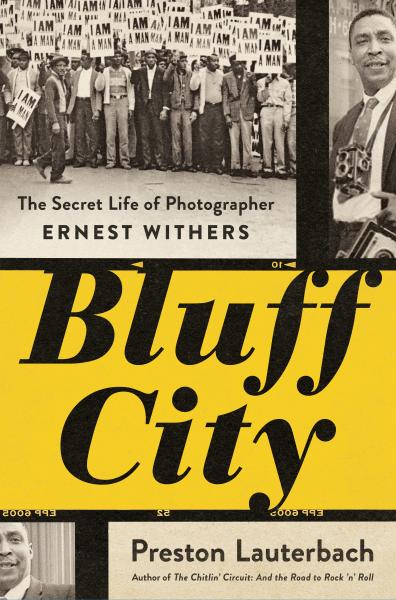 Ernest Withers was a crucial witness to the cultural upheavals of the 1950s and ‘60s. A gifted photographer, he combined a storyteller’s eye and an uncanny ability to bond with his subjects, resulting in a powerful visual record of the Civil Rights Era. But he had a secret: while creating key images of the Civil Rights Movement, Ernest Withers was acting as an informant for the Federal Bureau of Investigation. In BLUFF CITY, Preston Lauterbach examines this conflicted life and complicated legacy, grappling with the question of how a single artist could lionize and immortalize a movement he genuinely supported and simultaneously conspire with the very forces determined to crush it.

A native of Memphis, Tennessee, Withers photographed the three biggest events of the Civil Rights Movement’s beginning: he created enduring images of Emmett Till’s murder trial, the Montgomery Bus Boycott, and the desegregation of Central High in Little Rock, Arkansas. He would go on to document the rise of Martin Luther King as the movement’s most visible leader, the growth of the Black Power movement, and movement’s crossover with other social movements, most prominently the anti-war movement. It was also during this time that Withers began operating as a spy for the Federal Bureau of Investigation. Though Withers was sympathetic to the goals of the movement, he distrusted the influence of Communist leaders, the increasing militancy of younger activists, and the lack of patriotism he perceived in the allied Anti-war Movement. FBI reports show that, for decades, Withers provided direct data, photographs, and general analysis of events within the black community to the Bureau.

The contradictions of this secret double life came to a head during the 1968 Memphis Sanitation Worker Strike. Responding to unfair work conditions and the accidental deaths of two workers, hundreds went on strike and took to the streets bearing signs with the slogan: “I AM A MAN.” On March 28th, the strike turned violent. The workers, who had previously been carrying the strike posters in their hands, had mounted them on wooden posts. When conflicts broke out between the protesters and police, the demonstration turned into a riot. The violence of the scene was exacerbated by the presence of hundreds of signposts that could now be used as makeshift weapons. And it was Ernest Withers who had provided the signposts.

Had Withers provided the signs simply to create a stronger visual? Had he, as certain misleading statements in the FBI records suggest, distributed the signposts in the hopes of encouraging violence among the strikers? Whatever the intention, Withers’ actions played a role in tragically altering the course of the Civil Rights Movement: Martin Luther King, who was present and felt the violence was a stain on the record of his leadership, returned to Memphis a week later to redeem himself and prove the validity of his non-violent tactics. On this return trip, King would be assassinated.

Writing in crisp, stylish, and propulsive prose, Lauterbach recounts the life of one of America’s most essential and under-recognized photographers. BLUFF CITY situates Ernest Withers in the rich culture of black Memphis and the conflicts of the struggle for equality, framed in a gripping narrative that culminates in the horror of the Sanitation Strike and the death of King. Lauterbach draws a sympathetic, but clear-eyed portrait of a complex and secretive man who attempted to navigate the era’s dangerous waters according to his own moral compass, and whose compelling story of has never been more urgent or relevant. 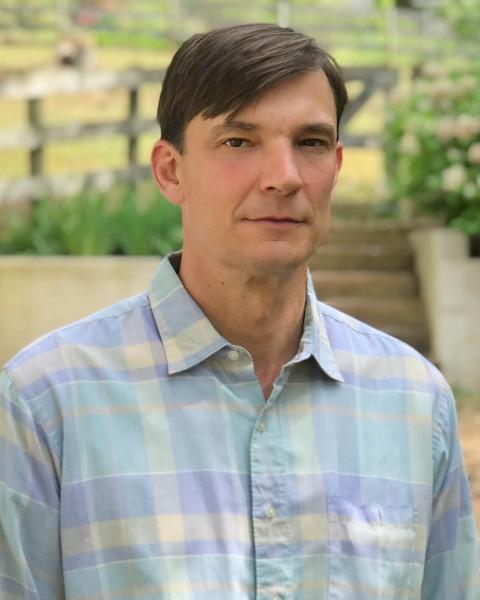 Preston Lauterbach is the author of Beale Street Dynasty and The Chitlin’ Circuit, a Wall Street Journal and Boston Globe book of the year. He is a former visiting scholar at Rhodes College and a Virginia Foundation for the Humanities Fellow. He lives near Charlottesville, Virginia.

The little-known story of an iconic photographer, whose work captured—and influenced—a critical moment in American history.

The Chitlin' Circuit: And the Road to Rock 'n' Roll (Paperback)

Beale Street Dynasty: Sex, Song, and the Struggle for the Soul of Memphis (Paperback)