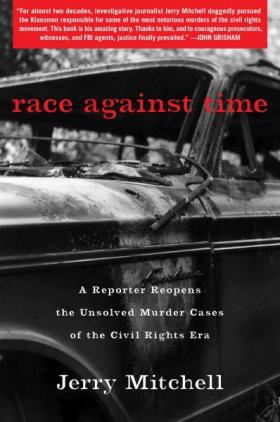 Join us for a virtual event with author Jerry Mitchell presenting RACE AGAINST TIME: A Reporter Reopens the Unsolved Murder Cases of the Civil Rights Era in conversation with author Wiley Cash. Octavia Books is excited to offer this "Reader-Meet-Writer" program in partnership with the Southern Independent Booksellers Alliance.

To participate, please treat yourself to a copy of RACE AGAINST TIME from Octavia Books. Then, register at https://us02web.zoom.us/webinar/register/WN_5oxxvjWPRhC2__L8QZGR7g

“For almost two decades, investigative journalist Jerry Mitchell doggedly pursued the Klansmen responsible for some of the most notorious murders of the civil rights movement. This book is his amazing story. Thanks to him, and to courageous prosecutors, witnesses, and FBI agents, justice finally prevailed.” —John Grisham, author of The Guardians

On June 21, 1964, more than twenty Klansmen murdered three civil rights workers. The killings, in what would become known as the “Mississippi Burning” case, were among the most brazen acts of violence during the civil rights movement. And even though the killers’ identities, including the sheriff’s deputy, were an open secret, no one was charged with murder in the months and years that followed.

It took forty-one years before the mastermind was brought to trial and finally convicted for the three innocent lives he took. If there is one man who helped pave the way for justice, it is investigative reporter Jerry Mitchell.

RACE AGAINST TIME, Mitchell takes readers on the twisting, pulse-racing road that led to the reopening of four of the most infamous killings from the days of the civil rights movement, decades after the fact. His work played a central role in bringing killers to justice for the assassination of Medgar Evers, the firebombing of Vernon Dahmer, the 16th Street Church bombing in Birmingham and the Mississippi Burning case. Mitchell reveals how he unearthed secret documents, found long-lost suspects and witnesses, building up evidence strong enough to take on the Klan. He takes us into every harrowing scene along the way, as when Mitchell goes into the lion’s den, meeting one-on-one with the very murderers he is seeking to catch. His efforts have put four leading Klansmen behind bars, years after they thought they had gotten away with murder.

RACE AGAINST TIME is an astonishing, courageous story capturing a historic race for justice, as the past is uncovered, clue by clue, and long-ignored evils are brought into the light. This is a landmark book and essential reading for all Americans. 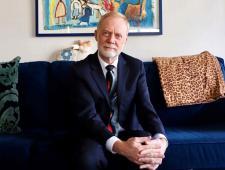 Jerry Mitchell has been a reporter in Mississippi since 1986. A winner of more than 30 national awards, Mitchell is the founder of the Mississippi Center for Investigative Reporting. The nonprofit is continuing his work of exposing injustices and raising up a new generation of investigative reporters.

Reader-Meet-Writer code of conduct
Our event provides a harassment-free experience for everyone, regardless of gender, gender identity and expression, age, sexual orientation, disability, physical appearance, body size, race, ethnicity, religion (or lack thereof), or technology choices. We do not tolerate harassment in any form. Sexual language and imagery are not appropriate. Anyone violating these rules may be expelled from the event without a refund at the discretion of the organizers.

Race Against Time: A Reporter Reopens the Unsolved Murder Cases of the Civil Rights Era (Paperback)

“For almost two decades, investigative journalist Jerry Mitchell doggedly pursued the Klansmen responsible for some of the most notorious murders of the civil rights movement. This book is his amazing story.

Race Against Time: A Reporter Reopens the Unsolved Murder Cases of the Civil Rights Era (Hardcover)

“For almost two decades, investigative journalist Jerry Mitchell doggedly pursued the Klansmen responsible for some of the most notorious murders of the civil rights movement. This book is his amazing story.