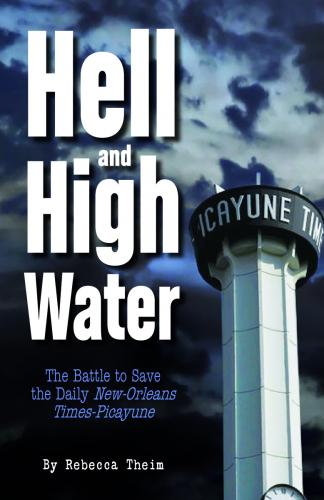 Join us for the release of former journalist Rebecca Theim's important new book, HELL AND HIGH WATER: The Battle to Save the Daily New Orleans Times-Picayune, essential reading for anyone interested in New Orleans or the future of journalism in America.

Internationally lauded for its heroic role chronicling the death, destruction and public ineptitude during and after 2005's Hurricane Katrina, The Times-Picayune's unofficial rallying cry became "We publish come hell and high water." Despite plummeting circulation and ad revenues after the storm and during the Great Recession, the newspaper remained profitable and boasted the country's highest readership in a city its size.

But New Orleans in 2012 faced "Katrina without the water," as one veteran reporter described it, when the newspaper's owner, New York media conglomerate Advance Publications, put the then-175-year-old The Times-Picayune at the center of a risky experiment in American newspaper journalism. It would become a three-day-a-week publication and instead shift focus and resources to its much derided website, making New Orleans the largest U.S. city without a daily newspaper. Advance and the newspaper's brass then proceeded to slash its veteran newsroom in a mass layoff, antagonize much of the city and state, and ultimately jeopardize The Times-Picayune's vaunted reputation.

This is the story of the eclectic mix of uptown elites, the owner of the New Orleans Saints NFL team, raucous community activists, and newspaper employees and alumni around the country who waged a vociferous grassroots battle to save the daily paper. In a seemingly quixotic twist, they have been joined by a billionaire New Orleans businessman who is financing the type of ferocious newspaper war the region hasn't seen in decades.

It is also the saga of Advance Publications and its controlling billionaire Newhouse family, which began their "forced march to digital," as one newspaper analyst described it, with their eight small newspapers in Michigan, and now have continued it at larger newspapers stretching from Portland, Oregon, to Mobile, Alabama. As newspaper owners ranging from investor Warren Buffett to the nation's largest newspaper chain, the Gannett Company, reject Advance's "digital first" strategy, the future of print newspaper journalism remains uncertain. Author Rebecca Theim examines the upheaval and trials at The Times-Picayune and other Advance newspapers in the context of the rapid-fire digital age, and documents a pivotal event in the newspaper's--and the industry's--history.

“Rebecca Theim tells a story steeped in a particular newsroom culture, but set against an industry-wide convulsion that is upending newspapers everywhere. It’s a data-rich case study wrapped around a moving human drama, a story of startlingly inept front-office maneuvering and the fears, anger and dreams of journalists whose careers have been wrecked. Anyone who cares about the future of news media needs to read this clear-eyed book. So, too, anyone with fond feeling for the strange and fascinating place called New Orleans.”
—Jed Horne, former metro editor of the New Orleans Times-Picayune and author of Breach of Faith: Hurricane Katrina and the Near Death of a Great American City 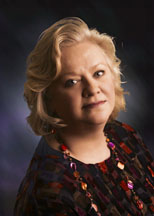 Rebecca Theim is a former staff writer with The Times-Picayune and the Tribune Company's South Florida Sun-Sentinel, and freelanced extensively for The Chicago Tribune. Following a 15-year career in corporate publication relations after her departure from the newspaper business, Theim in the spring of 2012 became involved in the ultimately unsuccessful effort to save daily publication of The Times-Picayune. A portion of the proceeds of the sale of this book will benefit dashTHIRTYdash, the nonprofit she founded to raise money for employees who lost their jobs because of the changes.

Theim holds degrees from Northwestern University and Ohio State University, the latter where she was a fellow in the Kiplinger Midcareer Program in Public Affairs Reporting, endowed by the Kiplinger media family. She and her family now live near Las Vegas, but her heart has returned to New Orleans.