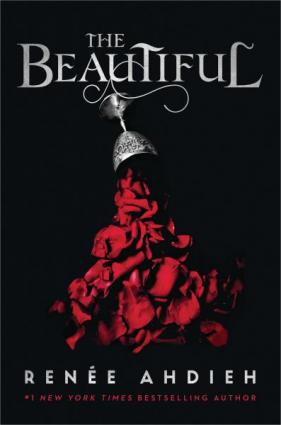 We’re offering a special 45 minute VIP meet-and-greet with Renée beginning at 5pm - in advance of the 6pm public event - for the first 25 persons who order the VIP package.

For the VIP program, attendees with gain admittance at 5:00pm. The VIPs will get:

Doors open at 5:00pm for VIP ticket holders and at 6:00pm for General Admission.

In 1872, New Orleans is a city ruled by the dead. But to seventeen-year-old Celine Rousseau, New Orleans is a safe haven after she's forced to flee her life as a dressmaker in Paris. Taken in by the sisters of the Ursuline convent in the middle of the carnival season, Celine is quickly enraptured by the vibrant city, from its music to its fancy soirées and even its danger. She becomes embroiled in the city's glitzy underworld, known as La Cour des Lions, after catching the eye of the group's enigmatic leader, Sébastien Saint Germain.

When the body of one of the girls from the convent is found in Sébastien's own lair--the second dead girl to turn up in recent weeks--Celine battles her attraction to Sébastien and suspicions about his guilt along with the shame of her own horrible secret.

After a third murder, New Orleans becomes gripped by the terror of a serial killer on the loose--one who has now set Celine in his sights. As the murderer stalks her, Celine finally takes matters into her own hands, only to find herself caught in the midst of an age-old feud between the darkest creatures of the night, where the price of forbidden love is her life.

At once a sultry romance and a decadent, thrilling mystery, master storyteller Renée Ahdieh embarks on her most potent fantasy series yet. 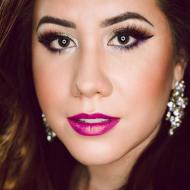 Renée Ahdieh is a graduate of the University of North Carolina at Chapel Hill. In her spare time, she likes to dance salsa and collect shoes. She is passionate about all kinds of curry, rescue dogs, and college basketball. The first few years of her life were spent in a high-rise in South Korea; consequently, Renée enjoys having her head in the clouds. She lives in Charlotte, North Carolina, with her husband and their tiny overlord of a dog. She is the author of Flame in the Mist and Smoke in the Sun as well as the #1New York Times bestselling The Wrath and the Dawn and its sequel, The Rose and the Dagger.