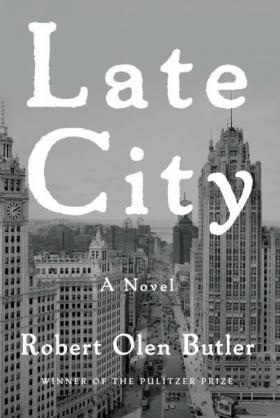 To patricipate you must register now. You will then receive instructions for accessing the Zoom event directly from Eventbrite.

Please show your support by purchasing the book now from Octavia Books at https://www.octaviabooks.com/book/9780802158826. Your copy will include a bookplate signed by Robert Olen Butler.

A 115-year-old man lies on his deathbed as the 2016 election results arrive, and revisits his life in this moving story of love, fatherhood, and the American century from Pulitzer Prize winner Robert Olen Butler.

A visionary and poignant novel centered around former newspaperman Sam Cunningham as he prepares to die, Late City covers much of the early twentieth century, unfurling as a conversation between the dying man and a surprising God. As the two review Sam's life, from his childhood in the American South and his time in the French trenches during World War I to his fledgling newspaper career in Chicago in the Roaring Twenties and the decades that follow, snippets of history are brought sharply into focus.

Sam grows up in Louisiana, with a harsh father, who he comes to resent both for his physical abuse and for what Sam eventually perceives as his flawed morality. Eager to escape and prove himself, Sam enlists in the army as a sniper while still underage. The hardness his father instilled in him helps him make it out of World War I alive, but, as he recounts these tales on his deathbed, we come to realize that it also prevents him from contending with the emotional wounds of war. Back in the U.S., Sam moves to Chicago to begin a career as a newspaperman that will bring him close to all the major historical turns of the twentieth century. There he meets his wife and has a son, whose fate counters Sam's at almost every turn.

As he contemplates his relationships—with his parents, his brothers in arms, his wife, his editor, and most importantly, his son—Sam is amazed at what he still has left to learn about himself after all these years in this heart-rending novel from the Pulitzer Prize winner. 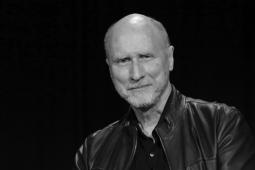 Robert Olen Butler is the Pulitzer Prize-winning author of eighteen previous novels, including Hell, A Small Hotel, and Perfume River. He is also the author of six short story collections and a book on the creative process, From Where You Dream. He has twice won a National Magazine Award in Fiction and received the 2013 F. Scott Fitzgerald Award for Outstanding Achievement in American Literature. He teaches creative writing at Florida State University.

A 115-year-old man lies on his deathbed as the 2016 election results arrive, and revisits his life in this moving story of love, fatherhood, and the American century from Pulitzer Prize winner Robert Olen Butler.

A Good Scent from a Strange Mountain: Stories (Paperback)

Robert Olen Butler's lyrical and poignant collection of stories about the aftermath of the Vietnam War and its impact on the Vietnamese was acclaimed by critics across the nation and won the Pulitzer Prize in 1993.

"The Hot Country" is an epic tale of war, love, and espionage. Christopher Marlowe Cobb is an American newspaper war correspondent who travels to Mexico in 1914 to report on the country's civil war, the invasion of Vera Cruz, and the controversial presidency of Victoriano Huerta, El Chacal (The Jackal).

With Paris in the Dark, Pulitzer Prize winner Robert Olen Butler returns to his lauded Christopher Marlowe Cobb series and proves once again that he can craft "a ripping good yarn" (Wall Street Journal) with unmistakably literary underpinnings.

In the third installment of his critically acclaimed Christopher Marlowe Cobb series, Pulitzer Prize winner Robert Olen Butler continues to win over readers with the artfulness of his World War I settings and his charismatic leading man, a Chicago war correspondent turned spy.

From one of America's most important writers, the Pulitzer Prize-winning author of A Good Scent from a Strange Mountain, comes Perfume River, an exquisite novel that examines family ties and the legacy of the Vietnam war through the portrait of a single North Florida family.

Pulitzer Prize-winner Robert Olen Butler's books have looked at topics as considerable and diverse as hell, extraterrestrials, and Vietnam. His acclaimed twelfth novel, A Small Hotel, chosen for O Magazine's Summer Reading List, offers a more intimate scope as it chronicles the complexities of a disintegrating relationship over the course of twenty years.