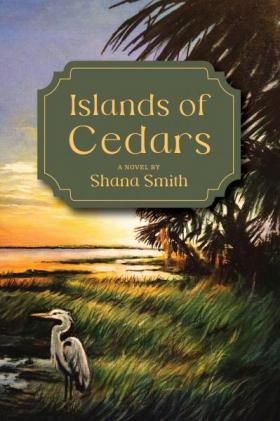 Please join us with author and singer-songwriter Shana Smith for a reading, booksigning and live music celebrating her new book, ISLANDS OF CEDARS.

January 1, 1923 – Rosewood Florida, a thriving African-American community in the Jim Crow South, was torched to oblivion by the infamous spark of one white woman’s lie. Six innocent victims and untold gallons of blood and tears were left in the wake of the week-long racist rampage that followed. Terrorized families were left homeless and on the run. Exactly one hundred years later, another spark has begun to burn: Hope. Here in the still wild heart of remote northwest Florida, race and ecology intersect in the small Gulf coast town of Cedar Key, where the past, present, and future of our relationships with each other and the planet converge. With hundreds of souls still without a resting place in both Rosewood and Cedar Key, the first victim of the Rosewood massacre, Sam Carter, is determined to find a way Home with help from the Native ancestors. Meanwhile, three descendants--Sam’s great-grandson, the great-great-granddaughter of Seminole Indian matriarch Polly Emateloye Parker, and the son of the leader of a local Ku Klux Klan group--form an unlikely alliance as they learn to open their hearts and minds to increasing signals from ghosts of the past. By heeding nature, spirit, and their own sense of instinctive connection, they all work together to begin to change the patterns of history. 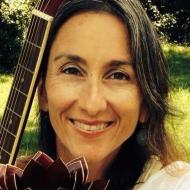 Shana Smith was born in Hilo, Hawaii and moved to Gainesville, Florida with her parents and sister as a teenager. She attended the University of Florida and Eckerd College, receiving a Master's degree and Ph.D. candidacy in Biological Oceanography from the University of South Florida. She has lived for most of her adult life between her "two hometowns" of St. Petersburg and Gainesville, Florida. For the past twenty-five years, she has been known to many across the state of Florida and the U.S. as the children’s musical persona “Shana Banana” - winning national awards from Parent's Choice, iParenting, NAPPA, and Just Plain Folks, and receiving two first-round Grammy nominations. Shana and her husband Dan, daughter Grace Ohana, and son Benjamin Albert have settled in Gainesville, where they run their meditation- and yoga-based Gainesville Retreat Center. The Center offers a place for retreats and the opportunity to enjoy the peace of nature. It attracts many renowned teachers and practitioners and is the home of Florida Sanbo Zen. Shana is an avid and longtime practitioner of Zen, and is an assistant teacher for Florida Sanbo Zen. Shana's first book, "Meditation for Moms and Dads: 108 Tips for Mindful Parents and Caregivers," was the result of navigating Zen practice while raising her two children. "Islands of Cedars" is her first novel, directly inspired by her love of wild Florida and her wish to celebrate its best qualities while mindfully bringing awareness to current environmental threats, racial inequity, and a need for balanced history. She currently working on her next historical fiction novel, based in Micanopy, Florida.

January 1, 1923 - Rosewood Florida, a thriving African-American community in the Jim Crow South, was torched to oblivion by the infamous spark of one white woman's lie. Six innocent victims and untold gallons of blood and tears were left in the wake of the weeklong racist rampage that followed. Terrorized families were left homeless and on the run.