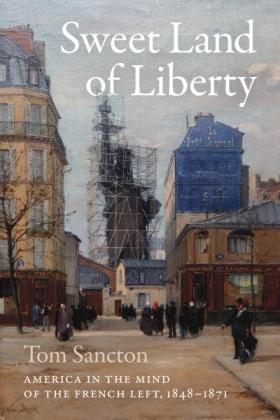 Join us virtually with journalist/author Tom Sancton (SONG FOR MY FATHERS) presenting his new book, SWEET LAND OF LIBERTY: America in the Mind of the French Left, 1848-1871, in conversation with historian/author Lawrence N. Powell (THE ACCIDENTAL CITY).

To participate in the Zoom event, you must register.
Please also demonstrate your support through purchasing SWEET LAND OF LIBERTY from Octavia Books at https://www.octaviabooks.com/book/9780807174302.

"Almost from the moment America won its independence, French attitudes toward the U.S. have fluctuated between hope and disappointment, envy and resentment. In the 19th century, no sector of French opinion registered these swings more faithfully than the engaged left. In expertly mapping the sudden shifts of left-leaning opinion from the 1848 Revolution through the Second Empire, Tom Sancton tosses in an extra bonus for the general reader—a smart and lucid guide to the forked road of French politics during these confusing years. This is a very fine book." -Lawrence Powell

In Sweet Land of Liberty, Tom Sancton examines how the French left perceived and used the image of the United States against the backdrop of major historical developments in both countries between the Revolution of 1848 and the Paris Commune of 1871. Along the way, he weaves in the voices of scores of French observers—including those of everyday French citizens as well as those of prominent thinkers and politicians such as Alexis de Tocqueville, Victor Hugo, and Georges Clemenceau—as they looked to the democratic ideals of their American counterparts in the face of rising authoritarianism on the European continent.

Louis Napoleon’s bloody coup in December 1851 disbanded France’s Second Republic and ushered in an era of increased political oppression, effectively forging together a disparate group of dissidents who embraced the tradition of the French Revolution and advocated for popular government. As they pursued their opposition to the Bonapartist regime, the French left looked to the American example as both a democratic model and a source of ideological support in favor of political liberty. During the 1850s, however, the left grew increasingly wary of the United States, as slavery, rapacious expansionism, and sectional frictions tarnished its image and diminished its usefulness.

The Civil War, Sancton argues, marked a critical turning point. While Napoleon III considered joint Anglo-French recognition of the Confederacy and launched an ill-fated invasion of Mexico, his opponents on the left feared the collapse of the great American experiment in democracy and popular government. The Emancipation Proclamation, the Union victory, and Lincoln’s assassination ignited powerful pro-American sentiment among the French left that galvanized their opposition to the imperial regime. After the fall of the Second Empire and the founding of the conservative Third Republic in 1870, the relevance of the American example waned. Moderate republicans no longer needed the American model, while the more progressive left became increasingly radicalized following the bloody repression of the Commune in 1871. Sancton argues that the corruption and excesses of Gilded Age America established the groundwork for the anti-American fervor that came to characterize the French left throughout much of the twentieth century.

Sweet Land of Liberty counters the long-held assumption that French workers, despite the distress caused by a severe cotton famine in the South, steadfastly supported the North during the Civil War out of a sense of solidarity with American slaves and lofty ideas of liberty. On the contrary, many workers backed the South, hoped for an end to fighting, and urged French government intervention. More broadly, Sancton’s analysis shows that the American example, though useful to the left, proved ill-adapted to French republican traditions rooted in the Great Revolution of 1789. For all the ritual evocations of Lafayette and the “traditional Franco-American friendship,” the two republics evolved in disparate ways as each endured social turmoil and political upheaval during the second half of the nineteenth century. 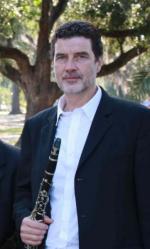 Tom Sancton, former Paris bureau chief for Time magazine, holds a doctorate in history from Oxford University and is the author of numerous books, including Song for My Fathers: A New Orleans Story in Black and White, and The Bettencourt Affair: The World's Richest Woman and the Scandal That Rocked Paris among others. He is a Rhodes Scholar from New Orleans and an accomplished jazz musician, In 2014, the French government named Tom Sancton a Chevalier (Knight) of the Order of Arts and Letters. He is currently a research professor at Tulane University. 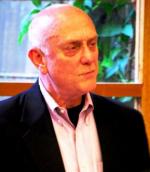 In Sweet Land of Liberty, Tom Sancton examines how the French left perceived and used the image of the United States against the backdrop of major historical developments in both countries between the Revolution of 1848 and the Paris Commune of 1871.

Song for My Fathers: A New Orleans Story in Black and White (Paperback)

Song for My Fathers is the story of a young white boy driven by a consuming passion to learn the music and ways of a group of aging black jazzmen in the twilight years of the segregation era. Contemporaries of Louis Armstrong, most of them had played in local obscurity until Preservation Hall launched a nationwide revival of interest in traditional jazz.

The Bettencourt Affair: The World's Richest Woman and the Scandal That Rocked Paris (Paperback)

The Bettencourt Affair is part courtroom drama; part upstairs-downstairs tale; and part character-driven story of a complex, fascinating family and the intruder who nearly tore it apart.

This is the story of a city that shouldn't exist. In the seventeenth century, what is now America's most beguiling metropolis was nothing more than a swamp: prone to flooding, infested with snakes, battered by hurricanes.