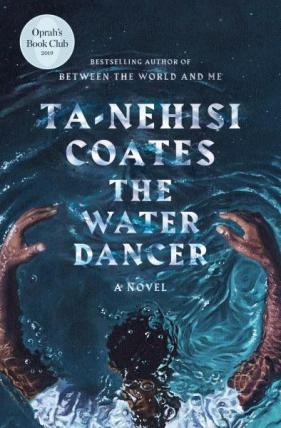 Please purchase your tickets here now! Each general ticket admits one and will be exchanged for one free copy of THE WATER DANCER. Deluxe tickets also include a copy of Jesmyn Ward's latest novel, SING, UNBURIED, SING. Books will not be signed at the event.

A boldly imagined work of magic and adventure from the National Book Award-winning author of Between the World and Me.

Young Hiram Walker was born into bondage—and lost his mother and all memory of her when he was a child—but he is also gifted with a mysterious power. Hiram almost drowns when he crashes a carriage into a river, but is saved from the depths by a force he doesn’t understand, a blue light that lifts him up and lands him a mile away. This strange brush with death forces a new urgency on Hiram’s private rebellion. Spurred on by his improvised plantation family, Thena, his chosen mother, a woman of few words and many secrets, and Sophia, a young woman fighting her own war even as she and Hiram fall in love, he becomes determined to escape the only home he’s ever known.

So begins an unexpected journey into the covert war on slavery that takes Hiram from the corrupt grandeur of Virginia’s proud plantations to desperate guerrilla cells in the wilderness, from the coffin of the deep South to dangerously utopic movements in the North. Even as he’s enlisted in the underground war between slavers and the enslaved, all Hiram wants is to return to the Walker Plantation to free the family he left behind—but to do so, he must first master his magical gift and reconstruct the story of his greatest loss.

This is a bracingly original vision of the world of slavery, written with the narrative force of a great adventure. Driven by the author’s bold imagination and striking ability to bring readers deep into the interior lives of his brilliantly rendered characters, The Water Dancer is the story of America’s oldest struggle—the struggle to tell the truth—from one of our most exciting thinkers and beautiful writers. 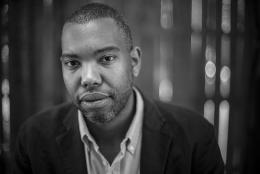 Ta-Nehisi Coates is the author of The Beautiful Struggle, We Were Eight Years in Power, and Between the World and Me, which won the National Book Award in 2015. He is the recipient of a MacArthur Fellowship. Ta-Nehisi lives in New York City with his wife and son. 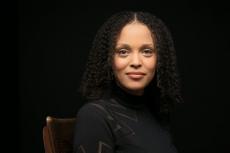 Jesmyn Ward received her MFA from the University of Michigan and has received the MacArthur Genius Grant, a Stegner Fellowship, a John and Renee Grisham Writers Residency, and the Strauss Living Prize. She is the winner of two National Book Awards for Fiction for Sing, Unburied, Sing (2017) and Salvage the Bones (2011). She is also the author of the novel Where the Line Bleeds and the memoir Men We Reaped, which was a finalist for the National Book Critics Circle Award and won the Chicago Tribune Heartland Prize and the Media for a Just Society Award. She is currently an associate professor of creative writing at Tulane University and lives in Mississippi.