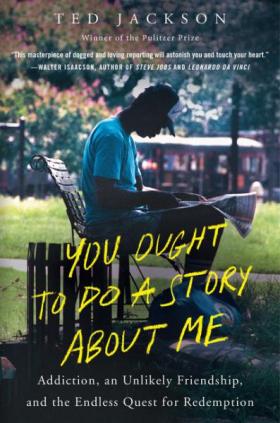 Join us for a special evening online with Pulitzer Prize-winning photojournalist Ted Jackson celebrating the launch of YOU OUGHT TO DO A STORY ABOUT ME: Addiction, an Unlikely Friendship, and the Endless Quest for Redemption, the heartbreaking and redemptive story of a fallen-from-grace NFL player discovered by a Pulitzer Prize-winning photojournalist on the streets of New Orleans, and the transformative friendship that binds them. He will appear in conversation with bestselling, award-winning author Jonathan Eig.

Registration is required, and space is limited - so don't wait!  Each paid registration admits one to the Zoom event online and includes one signed copy of the book.

YOU OUGHT TO DO A STORY ABOUT ME

In 1990, while covering a story about homelessness for the New Orleans Times-Picayune, Ted Jackson encountered a half-naked drug addict sleeping under a bridge. After snapping a photo, Jackson woke the man. Pointing to the daily newspaper by his feet, the homeless stranger looked the photojournalist in the eye and said, “You ought to do a story about me.” When Ted asked why, he was stunned by the answer. “Because, I’ve played in three Super Bowls.”

That chance meeting was the start of Ted’s thirty-year relationship with Jackie Wallace, a former NFL star who rose to the pinnacle of fame and fortune, only to crash and lose it all. Getting to know Jackie, Ted learned the details of his life, and how he spiraled into the “vortex of darkness” that left him addicted and living on the streets of New Orleans.

Ted chronicles Jackie's life from his teenage years in New Orleans through college and the NFL to the end of his pro career and the untimely death of his mother—devastating events that led him into addiction and homelessness. Throughout, Ted pays tribute to the enduring friendship he shares with this man he has come to help and also look at as an inspiration. But Ted is not naïve; he speaks frankly about the risk that such a relationship poses: Can a man like Jackie recover, or is he destined to roam the streets until his end?

Tragic and triumphant, inspiring and infuriating, You Ought to Do a Story About Me offers a rare glimpse into the precarious world of homelessness and the lingering impact of systemic racism and poverty on the lives of NOLA’s citizens. Lyrical and evocative, Ted's account is pure, singular, and ambitious—a timeless tale about loss, redemption, and hope in their multifarious forms. 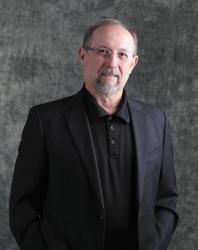 Ted Jackson has worked as a photojournalist at The Times-Picayune for more than three decades. He was part of a team that won the 1997 Pulitzer Prize for public service—the first Pulitzer in the paper’s 160-year history. In spring 2017, he was named the first-ever recipient of the Jim Amoss Award, named for the long-time executive editor of The Times-Picayune, and his work has appeared in major outlets around the world, including The New York Times, Time, and National Geographic. He lives his wife, Nancy, in Covington, Louisiana. 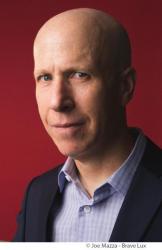 Jonathan Eig is the author of four critically acclaimed books, including including three highly acclaimed bestsellers, Luckiest Man: The Life and Death of Lou Gehrig, Opening Day: The Story of Jackie Robinson's First Season, and Ali: A Life. He was born in Brooklyn and grew up in Monsey, New York. Eig is a former staff writer for The Wall Street Journal, and he remains a contributing writer there. He has written for The New York Times, The New Yorker, Esquire, The Washington Post, The Times-Picayune and other publications. He has appeared on Fresh Air with Terry Gross, The Daily Show with Jon Stewart, and in two Ken Burns films for PBS. He is currently working with Burns to develop a documentary on Muhammad Ali. He lives in Chicago.

You Ought to Do a Story About Me: Addiction, an Unlikely Friendship, and the Endless Quest for Redemption (Hardcover)

“This masterpiece of dogged and loving reporting will astonish you and touch your heart. The struggles and quest for redemption of football star Jackie Wallace make for a fall-from-grace tale that’s both unsettling and uplifting.”—Walter Isaacson, author of Steve Jobs and Leonardo da Vinci

The definitive biography of Muhammed Ali as seen in the film by Ken Burns, Sarah Burns & David McMahon on PBS.

Muhammad Ali was born Cassius Clay in racially segregated Louisville, Kentucky, the son of a sign painter and a housekeeper.