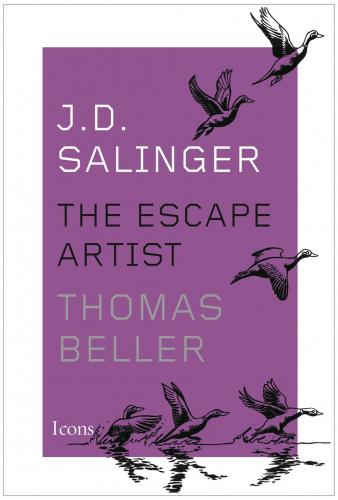 Please join us for a presentation and signing with writer and Tulane University professor Thomas Beller featuring his new biography, J.D SALINGER: The Escape Artist, a spirited, deeply personal inquiry into the near-mythic life and canonical work of Salinger.

Three years after his death at ninety-one, J.D. Salinger remains our most mythic writer. The Catcher in the Rye (1951) became an American classic, and he was for a long time the writer for The New Yorker. Franny and Zooey and Raise High the Roof Beam, Carpenters introduced, by way of the Glass family, a new type in contemporary literature: the introspective, voluble cast of characters whose stage is the Upper East Side of New York. But fame proved a burden, and in 1963 Salinger fled to New Hampshire, spending the next half century in isolation.

Beller has followed his subject's trail, from his Park Avenue childhood to his final refuge, barnstorming across New England to visit various Salinger shrines, interviewing just about everyone alive whoever knew Salinger. The result is a quest biography in the tradition of Geoff Dyer's Out of Sheer Rage, a book as much about the biographer as about the subject-two vivid, entertaining stories in one.

Thomas Beller is the author of Seduction Theory, a collection of stories; The Sleep-Over Artist, a novel; and How to Be a Man: Scenes from a Protracted Boyhood, an essay collection. He is a frequent contributor to The New Yorker's Culture Desk, has edited numerous anthologies including two drawn from his website, Mr. Beller's Neighborhood, and was a cofounder of the literary journal Open City. His short stories, essays, and reportage has appeared in numerous magazines and anthologies, including The New York Times, Vogue, Elle, Harper's Bazaar, New York, The Village Voice, The New York Press, Spin, Ploughshares, The Southwest Review (where his story "Great Jews in Sports" won the McGinnis-Richie Award for fiction), The St. Ann's Review, The Seattle Review, Slate, Guernica, and Salon. He is Assistant Professor in the Department of English at Tulane University., and lives in New Orleans and New York City with his wife and two children.

J.D. Salinger published his first story in The New Yorker at age twenty-nine. Three years later came The Catcher in The Rye, a novel that has sold more than sixty-five million copies and achieved mythic status since its publication in 1951.