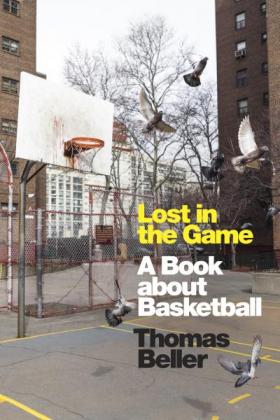 Come join us for a special evening with author Thomas Beller celebrating the launch of his new book, LOST IN THE GAME: A Book about Basketball. He will appear in conversation with author Nathaniel Rich and sports writer Christian Clark, followed by a booksigning and reception.

Capturing the magnificence and mastery of today’s most accomplished NBA players while paying homage to the devotion of the countless congregants in the global church of pickup basketball, Thomas Beller charts the game’s inexorable gravitational hold on those who love it.

“This is a love song to basketball and its players. At turns fascinating and funny, tenderness beats at the heart of this book in the finely wrought portrayals of the characters: an assassin here, a trash-talking big man there, who transcend and become gods on the court before descending to the page.” -Jesmyn Ward

“With vivid language, analytical intelligence, and a richly affecting humanism, Thomas Beller deftly alternates between the high-wire, virtuoso professionals of the NBA and the thrills and humiliations shared among amateurs jostling each other on the playground. This radiant book is as much about city life and its requirement to partake in the adventure of being thrown in with strangers as it is about basketball. It is also about learning to embrace solitude, as the protagonist reverts again and again to playing hoops by himself or wandering the backrooms of sports arenas after everyone else has gone. All of which is to say that this is a book about learning how to live with one’s limitations and, beyond that, how to live.” -Phillip Lopate

“Anyone who played basketball for the Vassar Brewers hardly needs my endorsement, but this book is well-reported, fully felt, consistently observant, and held together by Thomas Beller’s love of the game.” -David Shields

“Lost in the Game is a beautiful book about playing and watching sports, and getting older, though you still feel like a kid. Its subject is basketball but its context is New York City, its playgrounds and the strange and various characters who battle there, a cross section of trash talkers and jump-shot artists, the sort who, though playground friends you can identify only by nickname, leave a lasting impression. A hymn to the greatest city and the style of street ball that’s been that city’s gift to the world sung by a 6-foot-5 Division III hoops star (size matters in basketball) who understands and heeds the code of the schoolyard—loser walks—and whose writing is as effective as James Harden’s step-back and as plush as Latrell Sprewell’s yacht. This is the best book I have ever read about what it’s like to play on after age, knees, position in life, and spouse have all told you to hang ‘em up.” -Rich Cohen 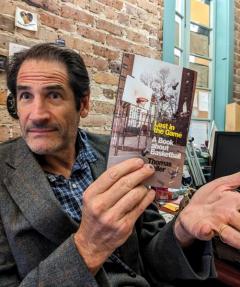 Thomas Beller is Associate Professor of English at Tulane University, a regular contributor to the New Yorker, and the author of J. D. Salinger: The Escape Artist, How to Be a Man, Seduction Theory, and other books.

Lost in the Game: A Book about Basketball (Paperback)

For players, coaches, writers, and fans, basketball is a science and an art, a religious sacrament, a source of entertainment, and a way of interacting with the world. In Lost in the Game Thomas Beller entwines these threads with his lifetime's experience as a player and journalist, roaming NBA locker rooms and city parks as a basketball flaneur in search of the meaning of the modern game.