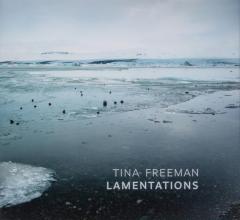 Please join us when New Orleans photographer Tina Freeman presents and signs her new book, LAMENTATIONS. Over the past eight years, Freeman has photographed the Louisiana wetlands and Arctic and Antarctic glaciers. In LAMENTATIONS, she pairs images from each place in a series of diptychs that address climate change, ecological balance, and the connectedness of things across time and space.

LAMENTATIONS demonstrates how the rising waters along the coast of Louisiana are both visually and physically connected to the melting glaciers at the poles, despite the separation of vast distances. Freeman's work makes plain the crucial, threatening, and global dialogue between water in two physical states.

LAMENTATIONS is published to accompany an exhibition of the same name, organized by and presented at the New Orleans Museum of Art, September 11, 2019 to March 22, 2020.

Lamentations in the New York Times
"In one photo, ice floes separate like shattered glass — a world of blue and white, cracking apart. The photo beside it looks almost like a scene from another planet: a marsh overflowing with water, rivulets of deep blue between bright patches of green." Keep Reading

"Understanding the regional impacts of a global problem like climate change can be challenging. Melting glaciers in Greenland or Antarctica cause sea level rise near coastal communities thousands of miles away. In places like New Orleans, for example, about 46 percent of sea level rise is due to ice melting around the globe..." Keep Reading 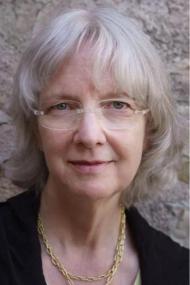 Tina Freeman is a photographer of landscapes, architecture, portraits, and interiors whose life work has focused on the exploration of physical environments.

Acclaimed for photographing architecture and interiors in her native New Orleans, the U.S., and Europe, she has simultaneously sought to capture the subtle beauty of Louisiana’s natural landscape through her discerning lens. Her subjects have included stately interiors, urban warehouses, remote Arctic and Antarctic glaciers, and backcountry Louisiana swamps. Acknowledged for her mastery of natural light, Freeman’s photography is above all characterized by a sense of tranquility and peace. Her latest work retains her signature quiet compositional style, while incorporating an urgent sense of environmental activism that underpins each photograph.

To request a signed copy, please order here and use the comment box during checkout to write "signed copy" and to include any instructions regarding an inscription.

Few artists have the luxury of separate work and living spaces, thus work and life often end up compressed into a singular personal environment. Artist Spaces, New Orleans provides a comprehensive portrait of the city's artists and their relationship to space.