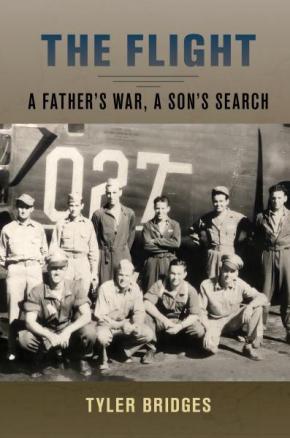 Join us with Louisiana journalist and author Tyler Bridges celebrating the launch of his new book, THE FLIGHT: A Father's War, A Son's Search, which is both a history and a memoir

The Flight tells the story of Richard W. “Dick” Bridges’s heroic service in World War II. Bridges survived a German attack on his plane, the Fascinatin’ Witch, by parachuting out of the exploding B-24. He escaped detection in Austria, became the first American prisoner of war in Hungary, was sent to Yugoslavia, escaped from his POW camp there, was sheltered by the Partisans one step ahead of the Germans, and was finally airlifted to safety in Italy by the British. Bridges’s story, which seems almost too astonishing to be true, went untold until after his death in 2003, when his son, Tyler Bridges, pieced it together. The younger Bridges’s odyssey in search of his father’s wartime experiences connected him with the families of other crew members aboard the Fascinatin’ Witch and led him to retrace his father’s footsteps through Austria, Hungary, and the former Yugoslavia. With his findings, Bridges has woven a story not only about World War II and the bravery of this unique group of soldiers, but also about fathers and sons, what can get lost in the gulf between generations, and how patience and understanding can bridge that gap.

This will be an in-store event. To reserve your participation, please pre-purchase your copy of the book now from Octavia Books at https://www.octaviabooks.com/book/9780807175378 while using the comment box during checkout to write "attending event." (You may also write in a request a signed copy if you are not attending.)

In accord with the Mayor Cantrell's new guidelines, please be prepared to provide proof of at least one dose of an approved COVID vaccine. 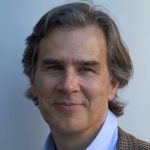 Tyler Bridges, twice a member of Pulitzer Prize–winning teams, is a reporter for the New Orleans/Baton Rouge Advocate and the author of four books on Louisiana politics including: BAD BET ON THE BAYOU; THE RISE AND FALL OF DAVID DUKE; and LONGSHOT.

The Flight: A Father's War, a Son's Search (Hardcover)

“Tyler Bridges tells a riveting account of his father, B-24 pilot, whose Liberator was downed in a bombing run over Austria in 1943. The harrowing air combat scene told from inside the plane is just the beginning of and unforgettable tale. First Lt Dick Bridges story of parachuting from his exploded bomber into enemy territory, daring evasion into non belligerent Hungary, captured, interrogated and escaped again into Yugoslavia where he made his final bolt to freedom. Lt. Bridges story is filled with suspense, courage and ingenuity, and his son provides intimate detail from his exhaustive archival research as well as interviews with families of his father’s crew members, villagers, Hungarian friends and fellow prisoners he met along the way. Tyler Bridges has provided a beautifully written adventure tale of a son’s search for his father’s WWII story. You won’t want to put this book down.

Tyler Bridges plunges the reader our of his father B-24 Liberator as it explodes in combat over Austria in 1943,, and you hit the ground I Nazi territory with First Lt. Dick Bridges. There, the adventure just begins. The drama of Lt. Bridges’ remarkable evasion into Hungary, capture and imprisonment, interrogations, friends and fellow prisoners he met along the way, make this an unforgettable tale. Tyler Bridges provides an astonishingly detailed account of his father’s escape into the forests with fellow prisoners—finally into Yugoslavia and flight to freedom after a year behind enemy lines. You won’t put this book down!

Research and writing give the book an intimacy and a pace that puts you on his father’s journey inside the Third Reich, wondering what will happen next. It’s a riveting story.

Tyler Bridges has given us a gripping story of the bravery, heroism and ingenuity of his father, 1st Lt. Dick Bridges, shot down in his B-24 over Austria in 1943. It’s an adventure of his evasion into Hungary, capture, Nazi interrogation and final escape into Yugoslavia and flight to freedom. It’s riveting, told with style and intimacy that will leave you breathless. Tyler Bridge’s research in the archives and interviews of family members and eye-witnesses from those on the ground in Austria and Hungary is exhaustive. His search for his father’s story is a must read for anyone interested in WWII.”—Gordon H. “Nick” Mueller, founding president and CEO of the National WWII Museum