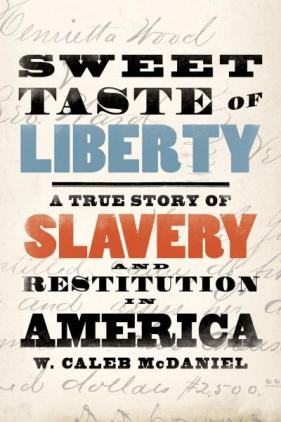 Join us when historian W. Caleb McDaniel presents and signs his new book, SWEET TASTE OF LIBERTY: A True Story of Slavery and Restitution in America, telling the story of a woman who was born enslaved, freed before the Civil War, kidnapped and re-enslaved, and then freed again by the war. In 1870, she sued the man who had kidnapped and enslaved her in a federal court--and won. A jury awarded her \$2,500 in a rare case of restitution that has relevance to ongoing debates about reparations for slavery. The woman at the center of the book, Henrietta Wood, spent part of her life in slavery in New Orleans, and a major plot turning point is connected to what happened there.

"As America grapples with reparations for slavery, Caleb McDaniel unearths the astounding story of a woman who survived bondage, twice, and fought for restitution against impossible odds. In lucid and vivid prose, he brings us a chilling, inspiring, and timely examination of both the necessity and complexity of redressing historical crimes."
- Tony Horwitz, author of Confederates in the Attic and Spying on the South

Born into slavery, Henrietta Wood was taken to Cincinnati and legally freed in 1848. In 1853, a Kentucky deputy sheriff named Zebulon Ward colluded with Wood's employer, abducted her, and sold her back into bondage. She remained enslaved throughout the Civil War, giving birth to a son in Mississippi and never forgetting who had put her in this position.

By 1869, Wood had obtained her freedom for a second time and returned to Cincinnati, where she sued Ward for damages in 1870. Astonishingly, after eight years of litigation, Wood won her case: in 1878, a Federal jury awarded her $2,500. The decision stuck on appeal. More important than the amount, though the largest ever awarded by an American court in restitution for slavery, was the fact that any money was awarded at all. By the time the case was decided, Ward had become a wealthy businessman and a pioneer of convict leasing in the South. Wood's son later became a prominent Chicago lawyer, and she went on to live until 1912.

McDaniel's book is an epic tale of a black woman who survived slavery twice and who achieved more than merely a moral victory over one of her oppressors. Above all, Sweet Taste of Liberty is a portrait of an extraordinary individual as well as a searing reminder of the lessons of her story, which establish beyond question the connections between slavery and the prison system that rose in its place. 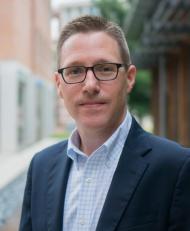 W. Caleb McDaniel is Associate Professor of History at Rice University. His first book, The Problem of Democracy in the Age of Slavery, won the Merle Curti prize from the Organization of American Historians and the James Broussard Prize from the Society of Historians of the Early American Republic. In addition to numerous academic articles about the history of slavery, antislavery, and emancipation in the nineteenth century, he has written essays that have appeared in the Atlantic, TIME, and the New York Times Disunion blog.

Sweet Taste of Liberty: A True Story of Slavery and Restitution in America (Hardcover)

Winner of the Pulitzer Prize for History