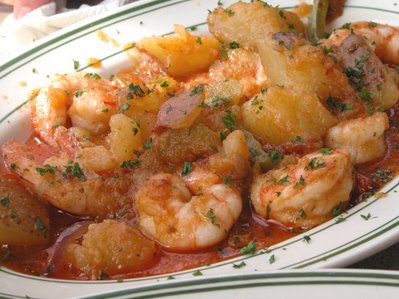 It's 16 chapters of culture, history, essay and insight, and pure goodness. Besh tells us the story of his New Orleans by the season and by the dish.

THAT SOUNDS GOOD - A Cookbook Celebrating 30 Years of WWOZ

But it's far more that just a cookbook. "That Sounds Good!" also preserves the station's 30+ year history, with recollections and images from the WWOZ's past.

This book has been a two year labor of love. It contains recipes and memories not only from musicians, but also staff, volunteers, and other friends of WWOZ.

Tales of the Cocktail from A to Z (Paperback)

An untamed region teeming with snakes, alligators, and snapping turtles, with sausage and cracklins sold at every gas station, Cajun Country is a world unto itself. The heart of this area—the Acadiana region of Louisiana—is a tough land that funnels its spirit into the local cuisine.

Cooking Up a Storm: Recipes Lost and Found from the Times-Picayune of New Orleans (Paperback)

After Hurricane Katrina devastated New Orleans, thousands of people lost their keepsakes and family treasures forever. As residents started to rebuild their lives, The Times-Picayune of New Orleans became a post-hurricane swapping place for old recipes that were washed away in the storm.

You Are Where You Eat: Stories and Recipes from the Neighborhoods of New Orleans (Hardcover)

Here for the first time, the famous food of Louisiana is presented in a cookbook written by a great creative chef who is himself world-famous. The extraordinary Cajun and Creole cooking of South Louisiana has roots going back over two hundred years, and today it is the one really vital, growing regional cuisine in America.

Williams-Sonoma Foods of the World New Orleans offers an insider's view of this magical city, delving into regional specialties and exploring the diverse 300-year culinary history. Each mouthwatering recipe captures a taste of the Big Easy, wherever you live.

Thirteen years in the making, the "Crescent City Farmers Market Cookbook" is ready for the audience that has long been awaiting it.

Chef Folse's seventh cookbook is the authoritative collection on Louisiana's culture and cuisine.The book features more than 850 full-color pages, dynamic historical Louisiana photographs and more than 700 recipes. You will not only find step-by-step directions to preparing everything from a roux to a cochon de lait, but you will also learn about the history behind these recipes.

After the Hunt is a compilation of countless historical images, dazzling color and tantalizing food photography that pays homage to Louisiana as Sportsman's Paradise. More than 500 unique game and game fish recipes are included in this 870-page volume.

In the Land of Cocktails: Recipes and Adventures from the Cocktail Chicks (Hardcover)

CAN YOU DIG IT: Louisiana's Authoritative Collection of Vegetable Cookery

After five years of suspense since his last encyclopedic cookbook, Chef John Folse presents CAN YOU DIG IT, an ode to vegetables dedicated to Louisiana’s love affair with gardening.

Included are  chapters on the swamp floor pantry, root vegetables, leafy greens, off the vine, grains, exotics and more. Recipes focus on vegetables as the primary ingredient in appetizers, soups, salads, sides, entrées, breads, desserts and even drinks.

While some veggies are delicious straight from the ground, Folse takes great care to include an array of cooking methods for each vegetable included, all bringing out different flavors and textures. Just as his earlier book, AFTER THE HUNT, presented unique recipes for preparing wild game and HOOKS, LIES, & ALIBIS offered new ways of preparing fish and shellfish, CAN YOU DIG IT brings vegetables, which have for too long been considered second-class citizens at the table, to their rightful place.

As in those three earlier “Big Books, CAN YOU DIG IT begins with a look to the past by co-author Michaela York. The history of agriculture is told from ancient man and biblical perspectives; there are discussions of farming in antiquity including Egypt, Greece and Rome; gardens of the Middle Ages and Renaissance are explored; as well as the discovery of America and vegetables’ influence on population and power through the Colombian Exchange. The history section culminates in an overview of Louisiana’s deep roots in agriculture, with particular focus on the farming methods of the seven nations that make up Louisiana culture and cuisine.

Chef John Folse is the owner and executive chef of his Louisiana-based corporations including Chef John Folse & Company Manufacturing, White Oak Plantation and Exceptional Endings Bakery Division. He is CEO/CFO of Home on the Range: A Restaurant Development Company, parent corporation of Restaurant R’evolution, New Orleans, and Seafood R’evolution, Ridgeland, Miss. He is the author of numerous cookbooks and hosts a nationally syndicated television cooking show, A Taste of Louisiana. Additionally, the Chef John Folse Culinary Institute at Nicholls State University is named in his honor.